The following sites and resources are recommended by Classics for All. You will find links to resources which will help you introduce Classics and Ancient History as well as Latin and Ancient Greek. For more advice and to find out about how WCN and Classics for All can help your school, please use the website feedback form or contact Dr Paul Grigsby at Paul.Grigsby@Warwick.ac.uk.

Classics for All - Recordings of Greek GCSE Set Texts

Classics for All has produced these videos for GCSE students studying Ancient Greek who may not have had the opportunity to hear the texts read in the original Greek. With thanks to the A. G. Leventis Foundation for its generous support for Classics for All's Electra programme which works to introduce and develop the teaching of Ancient Greek in state schools.

First written in response to a JACT survey of over 100 schools, and now endorsed by OCR, John Taylor's Greek to GCSE has become a standard resource for students in the UK and for readers across the world who are looking for a clear and thorough introduction to the language of the ancient Greeks. Revised throughout and enhanced by coloured artwork and text features, this edition will support the new OCR specification for Classical Greek (first teaching 2016). 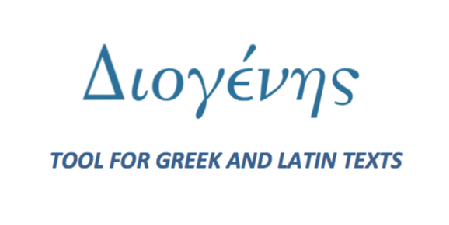 Diogenes is an online and downloadable app that allows you to read any Latin or Greek text (in the original and in translation) with vocabulary and morphology support parallel to the text. It also has various search functions to make navigating corpora effortless.
Teachers use Diogenes to read texts in class, to find examples of constructions, to create handouts, and encourage students to use it when completing homework. Check out the website here.

EMACT Greek Certificate: EMACT offers a certificate system for the introduction of ancient Greek via a series of graded test booklets. The EMACT Classical Greek Graded Tests are at 4 levels:

Level 1E (Entry) is for non-specialists, can be taken with resources supplied in the booklets and is meant for interested time-strapped groups.

Levels 1S/2S/3S (Specialist) are higher levels that presuppose certain amounts of teaching time; these have been successfully taken by groups working outside the timetable.

Welcome to the Open University's new Learning Ancient Greek site. This page contains a range of resources to support your study of the Ancient Greek language, whether you are a complete beginner or already making your first steps towards learning the language. The site includes resources to study alongside Reading Ancient Greek, with . Reading Greek: A Supplementary Study Guide for Teachers and Learners provided as well as quizes related to the content.

Barefaced Greek makes fresh, new short subtitled films to celebrate Classical Greek drama in performance. Their accessible shorts use text from Greek drama in the original language. They aim to invigorate the online presence of Classical drama for an international audience, and inspire a love of the Greek language for new generations.