It is also available to first-year students taking: English and German Literature, French and German, German and Spanish, History and German, who can opt to take this module instead of the module GE 108 Writers, Media and Society.

In the first part of GE 109 Aspects of German Culture in the Age of Enlightenment you will learn about the social background of the late eighteenth century and how the rising middle class sought to establish its cultural and intellectual identity in the face of the established feudal order of the Absolutist state in Germany. As many students taking this module have not studied fictional texts before, a large part of what we do will be to introduce you to the techniques of studying fictional texts and understanding them within their social, political and cultural contexts. Although you will be focusing on a relatively small number of texts, the module has been designed to help you explore them in some detail.

The texts studied on this module include:

When you study these texts you will be exploring the way they reflect - and at the same time reveal the contradictions in - the emerging middle-class consciousness just prior to the moment of cataclysmic change in Europe that was brought about by the French Revolution of 1789. 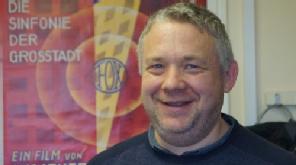