Third year MB ChB student Ciara Doyle was invited by Warwick to take part in the annual ‘Posters in Parliament’ event in March 2019, where students from universities across the country presented their work for MPs and other officials to see and discuss. In her poster, Ciara presented the work she had done for her Student Selected Component (SSC) module last year, which found that NHS multidisciplinary teams need more support in optimising certain mental health treatment options.

Charlotte Richardson was selected for an oral presentation of her SSC project “Standardised mortality rates among residents at Hatton asylum in the pre-antipsychotic era” at the Royal College of Psychiatrists International Conference. This unusual SSC project involved analysis of historical documents and calculation of standardised mortality rates for residents of Hatton asylum in the Victorian era. Findings showed that SMR for patients with severe mental illness has not improved compared with the general population since the introduction of anti-psychotic drugs, raising questions about whether the enlightened social aspects of care at Hatton should be revisited in the modern era. 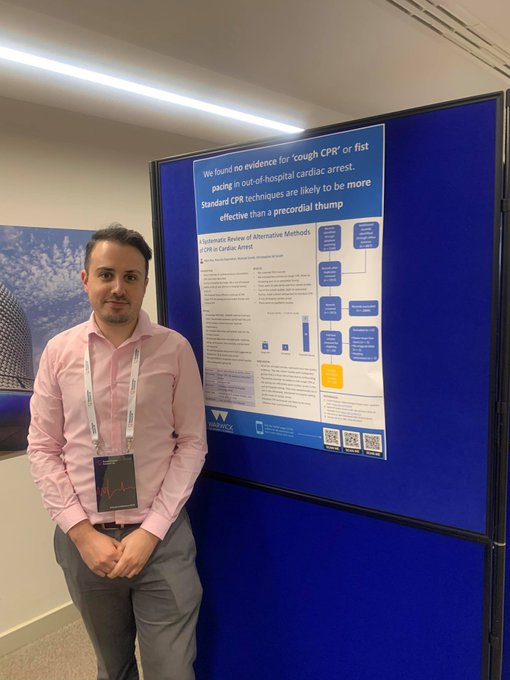 Some of our RMD (Resuscitation for Medical Disciplines) students were invited to present their research on resuscitation and first aid at this national conference.

Response to evaluating student perceptions and awareness of social prescribing

Effectiveness of physical activity promotion and exercise referral in primary care: protocol for a systematic review and meta-analysis of randomised controlled trials

Published in Systematic Reviews by Jean-Pierre Laake and Joanna Fleming

Could the UK Foundation Programme training post allocation process result in regional variations in the knowledge and skills of Foundation doctors? A cross‐sectional study

Does socioeconomic position affect knowledge of the risk factors and warning signs of stroke in the WHO European region? A systematic literature review

Published in British Journal of General Practice by Jean-Pierre Laake.

Published in British Journal of General Practice by Jean-Pierre Laake.

The role of the autophagy-inducer spermidine in cardiovascular ageing

Published in Reinvention: An International Journal of Undergraduate Research by Isa Hassan following a URSS project.

Student perspectives on barriers to performance for black and minority ethnic graduate-entry medical students: a qualitative study in a West Midlands medical school

This paper highlights some of the deeper issues which underpin the academic achievement gap and it is only through such understanding that we can tackle such factors, which is a clear priority for us. What makes me particularly pleased in this output is the fact that it is co-authored by a student-staff research team – working together in this way is essential for us to fully embrace this subject and start moving forwards together to bring about change. I congratulate all the authors.

An Examination of Who Is Eligible and Who Is Receiving Bariatric Surgery in England: Secondary Analysis of the Health Survey for England Dataset

Published in the Journal of Obesity Surgery by Daniel Desogus.

Factors Associated with Health Insurance Status in an Asian American Population in New York City: Analysis of a Community-Based Survey

Published in the Journal of Racial Ethnic Health Disparities by Cynthia Tan.

Effects of maternal caffeine consumption on the breastfed child: a systematic review

Exploring the use and quality of Internet discussion forums in pregnancy: A qualitative analysis

Published in Birth Issues in Perinatal Care by Leila Ellis and Lesley Roberts.