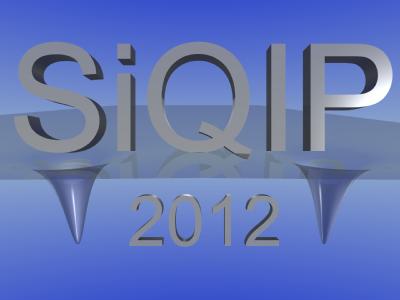 Registration: Registration was free for Warwick staff and students because this was a "Warwick Physics Day".

Program: The format followed that of our 2011 meeting in Cambridge, leaving plenty of time for informal discussion.

Sponsors: SiQIP 2012 was sponsored by the Department of Physics in the University of Warwick and five groups within the Institute of Physics. The organising group was BRSG: Magnetic Resonance Group, while the co-sponsors were the Nanoscale Physics and Technology Group, the Quantum Electronics and Photonics Group, the Quantum Optics, Quantum Information, Quantum Control Group, and the Semiconductor Physics Group.

Printouts: You can download a poster or the schedule.

SiQIP2012 was generously sponsored by: