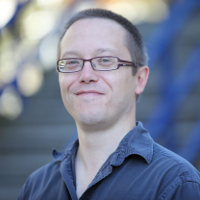 Dr Steven Kettell, Associate Professor in the University of Warwick's Politics and International Studies department, has said the consecration of the the Church of England's first female bishop "looks destined to be little more than a footnote in a long-running tale of inexorably terminal decline" in a "predominantly secular society".

"After almost five hundred years (and having rejected the idea as recently as November 2012) the Church of England finally has a female bishop. Understandably, for anyone within the Church, this development is of huge historical importance - although whether it is one for good or ill remains largely a matter of theology.

While traditionalists gnash their teeth and wail, liberals insist that the Church can only survive by charting a more modern and socially progressive course. And therein lies the problem. Because for most people looking in, the whole thing is largely an irrelevance. With more people than ever before dissociating themselves from religion, Britain is now a predominantly secular society for whom the internal machinations of the national Church appear as increasingly remote and distant reminders of a faded bygone age, an era of old maids, warm beer, cricket and all that.

"Unfortunately for a Church dying on its feet the consecration of a female bishop looks destined to be little more than a footnote in a long-running tale of inexorably terminal decline. The dogs might bark, but the caravan moves on".