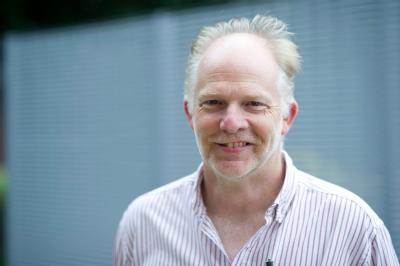 Professor David Evans comments upon the results, published by Nature, of the tests of new drug ZMapp for the treatment of Ebola:

"The recent manuscript from Kobinger and colleagues addresses two of the most important unanswered questions about the efficacy of ZMapp, a novel therapy for Ebola virus infections. In studies in non-human primates they demonstrate that ZMApp, an optimised antibody cocktail of three humanized antibodies produced in tobacco plants, provides complete post-exposure protection to recipient animals up to eleven days after virus challenge, even when the animals are exhibiting advanced symptoms of disease.

In their studies, all animals survived and had undetectable viral loads 21 days post-infection. This is an extremely encouraging result for a virus which has an incubation period of 2-21 days in humans and for which no vaccine exists. Secondly, they demonstrate that the antibodies are reactive – at least in the assays used – with the Guinean isolate of Ebola currently circulating in West Africa. This is an important confirmatory result since the antibodies were generated against the related Zairerian isolate of the virus.

These results do not prove that the healthcare workers who received ZMapp and recovered did so due to the therapy. Others who also received ZMapp succumbed to the virus. Distinguishing between correlation and causation will require analysis of the clinical data on viral loads before and after therapy was administered.

Nevertheless, the results are encouraging. Widespread availability and use of ZMapp will require human safety testing and licensing, coupled with scale-up of the manufacturing process. These are time-consuming and expensive phases of getting a therapy from the laboratory to the clinic. Whether this can be achieved to curtail the current epidemic remains to be determined. In the meantime, quarantine, palliative care and barrier methods to prevent transmission must remain a priority.