When Halifax historian Helena Whitbread was working on the diaries of Anne Lister, a 19th-century local landowner, in the 1980s she was surprised to discover that some sections of the diaries were written in code.

It turned out that once decoded, these sections provided an astonishing source. They documented in detail, Lister’s explicit sexual activities with a number of women, which culminated in her “marriage” to Ann Walker in 1834 at Holy Trinity Church in York. Lister’s life and exploits are celebrated in an HBO/BBC drama starring Suranne Jones in the title role.

While it is extraordinary to find material which shatters traditional ideas and beliefs about 19th-century women and their sexuality, there is more to Lister than her lesbianism. She was an astute landowner, developer, mountaineer and politician. Her refusal to bow to public conventions regarding her sexuality (she dressed in a “masculine” fashion, celebrated her liaisons publicly, and was known locally as “Gentleman Jack”) were equally relevant to other areas of her life, in particular her politics.

From an early age Lister had shown a lively interest in current affairs, and she remained an active and committed Tory all her life. But it was her succession to the Shibden Hall estate in Halifax in 1826 that meant she had the money, power and influence to indulge her passion for politics. The 1832 Reform Act provided the borough of Halifax with two seats and from the outset was dominated by the local Liberal interest, with radicals also having a foothold. Charles Wood, later Viscount Halifax, first became MP in 1832 and remained the sitting member until 1865, first as a Whig but later as a Liberal. For the Tory party, this was not fertile ground.

Told AG I did not want anyone to change his vote against his conscience for me, but I had made up my mind to take none but blue tenants so long as there remained people of this way of thinking; and when there were none I must try to change myself.

As properties from the Shibden estate came to the end of their leases, Lister began to fill them with tenants who supported her political persuasion. One example was the mortgaging and subsequent letting of the Northgate Hotel in Halifax in 1835. This was an opportune moment to increase the number of Tory votes she could control, and that factor was clearly more important than the level of rental income that she would receive.

In an interview with a prospective tenant, she reduced the annual rent in return for the creation of seven Tory votes from the tenant’s staff. She canvassed her tenants directly, touring her estate during the run up to the elections, which ensured that they voted in support of the Tory candidate who throughout the 1830s was James Stuart-Wortley, youngest son of Baron Wharncliffe.

Lister was also involved in the more disreputable side of electioneering and appeared to have no qualms about threatening and carrying out evictions of tenants who refused to vote in accordance with her wishes. Although she employed a steward, she undertook the “persuasion” of her tenants herself.

She and her partner, Walker, refused to renew the tenancies of a number of voters who refused to cooperate with their political ambitions. Her diary for 1835, for example, related an encounter with one of Walker’s tenants who refused to change his vote: “We came away, she determined to quit the people and I quite agreeing she was right.”

Her efforts were rewarded in 1835, when the unthinkable happened and James Stuart-Wortley took one of the Halifax seats by just one vote. Her energy and commitment to the creation of votes and lobbying of tenants had turned a solidly Liberal borough into one where the Tories had the potential to succeed.

The resulting wave of disappointment in the town, especially among those with no vote, led to a riot resulting in thousands of pounds worth of damage and several serious injuries. The following day, Lister walked down into Halifax and was confronted by a mob of women and boys:

They asked if I was yellow … they looked capable of pelting me. ‘Nay!’ said I, ‘I’m black - I’m in mourning for the all the damage they have done’ - that seemed to amuse them and I walked quietly and quickly past.

Her bravery, then, was not merely in her open acknowledgement of her sexuality but also in her determination to establish a political interest which could include facing down a mob. Such ambition may appear unremarkable for men of the period, but the accepted narrative of the politics of 19th-century women, is to consider they had no influence at all. The activities of Gentleman Jack demonstrate the need to rewrite and reassess that perspective. 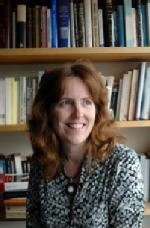 Dr Sarah Richardson is a research historian at the University of Warwick. She is an expert in women and political culture in late eighteenth and early nineteenth-century. This year she will present Warwickshire Women and the Fight for the Vote, a talk uncovering the unsung and unknown activists from the largely rural county of Warwickshire, at a number of venues across the county.