Many people will have heard of “The Butterfly Effect”. The non-linear effect described by a butterfly flapping its wings on one side of the globe and causing a massive weather system on the other. The meteorologist and physicist who came up with the theory was Ed Lorenz and he is recognised by an annual named lecture which is awarded each year at the Fall Meeting of the American Geophysical Union (AGU). This year’s speaker is Professor Sandra Chapman, from Warwick’s Department of Physics.

“It’s a huge honour,” says Chapman, an expert in nonlinear physics, working across space plasma physics, fusion energy and earth climate change. “To be asked to describe and reflect on your contributions to the field, following in the footsteps of great theorists like Lorenz. Standing on the shoulders of giants springs to mind.”

Professor Chapman knows a lot about complex systems and non-linear effects. She is a plasma physicist working in space science and laboratory systems and is Director of the Centre for Fusion, Space and Astrophysics at Warwick. In 2017 she was selected as one of two Lloyd's of London Fulbright Scholars and worked in the USA on the impact of space weather on earth’s systems. Her work is centred on fundamental science but it has an immediate relevance to the world around us.

“The Butterfly Effect springs from deep theory but its implications are very tangible and that is why it has captured people’s imagination and crossed from science to general knowledge. It’s becoming more and more important that we think in these whole system terms, trying to understand the non-linear effects of our actions on a system like earth. How small changes can bring about large changes.”

“The flip side of delivering this lecture under COVID restrictions of course is that it so much more accessible,” says Professor Chapman. “In normal circumstances I would be speaking in San Francisco to an audience limited to those who could get the funding to attend in person, but this year it is online so it is accessible to many more young people and students who would not have had the chance to attend.

“I also hope that giving this lecture will help encourage the next generation of women in physics. There is room for you here on the podium!”

She explains: “Plasma - the fourth state of matter - is ubiquitous throughout the universe and is frequently non-linear in its behaviour. Prime examples are right on our doorstep here in our solar system, from solar flares erupting on the surface of the sun, to the turbulent solar wind, to its driving of space storms that produce the northern lights but can also damage satellites and systems at Earth such as those for power distribution and communications.”

Professor Chapman’s research shows that we are coming out of a solar minimum and in the next few years we will be in a solar maximum where the impact of solar flares will be felt more severely on earth.

“The AGU is a gathering of those working across all the geosciences and covering climate change, solar physics, geophysics, natural hazards, earth systems. These are the topics that are becoming front page news.

“This is a great opportunity to explain how this area of physics interacts with everything – my work touches on earth climate, space weather, solar flares, fusion. It is cross cutting. We need this big picture approach to understand the system as a whole. When we narrow the field to just study what is in a narrow box we miss things. We need to understand processes on multiple scales. Small scale physics can drive massive scale processes. The tiny movement of a butterfly’s wing can have massive impact - just as Ed Lorenz described."

Professor Sandra Chapman will be delivering the Ed Lorenz lecture at this year’s AGU.

Multiscale, nonlinear space physics 'in the wild': from fundamental physics to quantifying risk

For details of where to register visit: 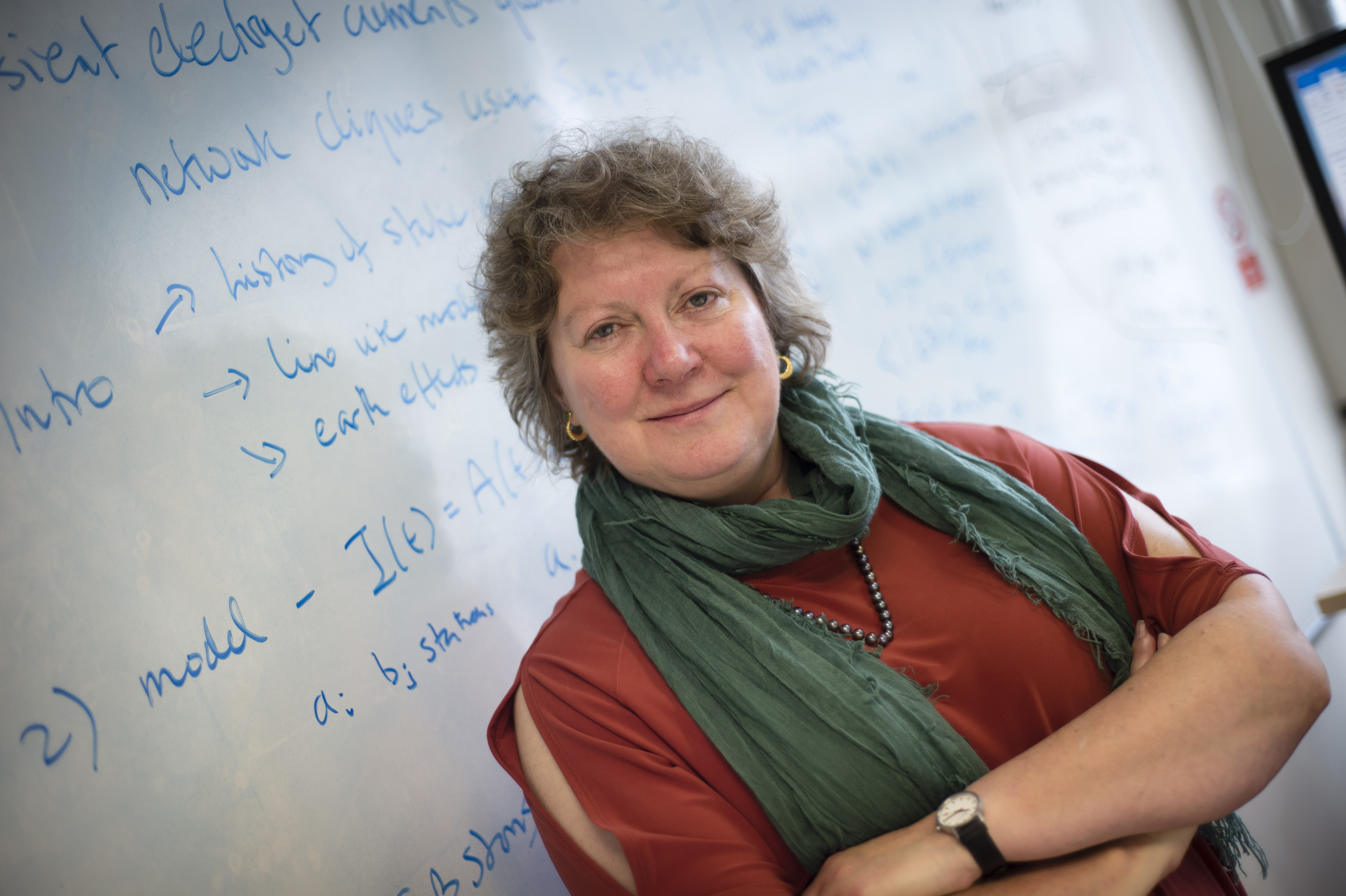 Sandra Chapman is primarily but not exclusively a plasma physicist working on problems in astrophysics and in the laboratory. She is currently Professor of Physics and Director of the Centre for Fusion, Space and Astrophysics at the University of Warwick. She is a 2017/18 Lloyds of London Fulbright Scholar.