A combination of two compounds found in red grapes and oranges could be used to improve the health of people with diabetes, and reduce cases of obesity and heart disease.

The find has been made by University of Warwick researchers who now hope that their discovery will be developed to provide a treatment for patients.

Professor Thornalley who led research said: “This is an incredibly exciting development and could have a massive impact on our ability to treat these diseases. As well as helping to treat diabetes and heart disease it could defuse the obesity time bomb.” 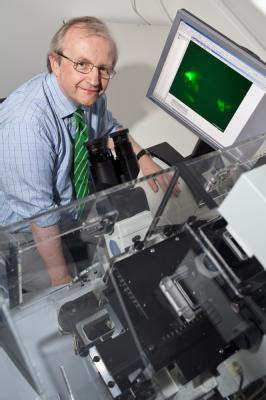 The research ‘Improved glycemic control and vascular function in overweight and obese subjects by glyoxalase 1 inducer formulation’ has been published in the journal Diabetes, and received funding from the UK’s innovation agency, Innovate UK. The project was a collaboration between the University of Warwick and University Hospitals Coventry and Warwickshire (UHCW) NHS Trust.

A team led by Paul Thornalley, Professor in Systems Biology at Warwick Medical School, studied two compounds found in fruits but not usually found together. The compounds are trans-resveratrol (tRES) – found in red grapes, and hesperetin (HESP) – found in oranges. When given jointly at pharmaceutical doses the compounds acted in tandem to decrease blood glucose, improve the action of insulin and improve the health of arteries.

The researchers noted an improvement in insulin resistance in trial participants produced by the compounds in eight weeks treatment that was similar to that achieved with bariatric surgery after six months.

Currently Metformin is considered for the treatment of overweight/obese people at high risk of developing type 2 diabetes. However in the study the combination of the fruit compounds was found to be more effective than Metformin at reducing blood sugar in the obese and overweight trial participants.

The compounds act by increasing a protein called glyoxalase 1 (Glo1) in the body which neutralises a damaging sugar-derived compound called methylglyoxal (MG). MG is a major contributor to the damaging effects of sugar. Increased MG accumulation with a high energy diet intake is a driver of insulin resistance leading to type 2 diabetes, and also damages blood vessels and impairs handling of cholesterol associated with increased risk of cardiovascular diseases. Blocking MG improved health in overweight and obese people and will likely help patients with diabetes and high risk of cardiovascular disease too. It has already been proven experimentally that blocking MG improves health impairment in obesity and type 1 and type 2 diabetes.

Although the same compounds are found naturally in some fruits, the amounts and type required for health improvement cannot be obtained from increased fruit consumption. The compounds that increase Glo1 and are called a ‘Glo1 inducer’. Pharmaceutical doses for patients with obesity, diabetes and high risk of heart disease could be given to patients in capsule form. 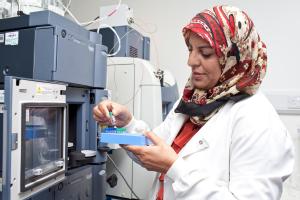 Professor Thornalley and his team increased Glo1 expression in cell culture. He then tested the formulation in a randomised, placebo-controlled crossover clinical trial.

Thirty-two overweight and obese people within the 18-80 age range who had a BMI between 25-40 took part in the trial. They were given the supplement in capsule form once a day for eight weeks. They were asked to maintain their usual diet and their food intake was monitored via a dietary questionnaire and they were also asked not to alter their daily physical activity. Changes to their sugar levels were assessed by blood samples, artery health measured by artery wall flexibility and other assessments by analysis of blood markers.

The team found that the highly overweight subjects who had BMIs of over 27.5 with treatment displayed increased Glo1 activity, decreased glucose levels, improved working of insulin, improved artery function and decreased blood vessel inflammation. There was no effect of placebo.

“Diabetic kidney disease will be the initial target to prove effective treatment for which we are currently seeking commercial investors and partners. Our new pharmaceutical is safe and expected to be an effective add-on treatment taken with current therapy.

“The key steps to discovery were to focus on increasing Glo1 and then to combine tRES and HESP together in the formulation for effective treatment.

“As exciting as our breakthrough is it is important to stress that physical activity, diet, other lifestyle factors and current treatments should be adhered to.”

Professor Martin O Weickert, Consultant in Diabetes and Endocrinology at UHCW NHS Trust, and co-applicant for the grant, said: “We were really excited to participate in this study with Warwick Medical School, as taking part in world-leading research makes a real difference to our patients both now and in the future.

“As well as the positive effects for the UHCW patients who took part in the trial, we hope this study will lead to new treatments to help patients with diabetes and cardiovascular diseases all over the world.”

Prof. Thornalley and his team are now hoping manufacturers will want to explore the use of the compound as pharmaceutical products.

A video of Prof. Thornalley's research can be viewed here: