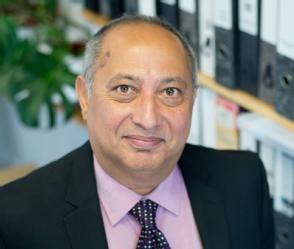 An ongoing culture of secrecy, poor access to specialist mental health services and a lack of high quality independent investigations has contributed to hundreds of non-natural deaths in detention, according to a new report by the Equality and Human Rights Commission.

Swaran Singh is EHRC Commissioner on adult deaths in detention and Professor of Social and Community Psychiatry, Warwick Medical School, University of Warwick said: “Failure to make progress in reducing the number of avoidable deaths is a national stain that we should no longer tolerate in modern civilised society.”

The Commission’s new analysis acknowledges that some improvements have been made in police custody, hospitals and prisons. There has been a welcome reduction in the number of people being held in police cells as a place of safety and there has also been a reduction in the number of deaths of detained patients in psychiatric hospitals. The Commission has noted that positive changes have been put in place to provide better support for prisoners with mental health conditions.

However, this is not enough. Progress is patchy and safety in prisons is a significant concern. Declining levels of safety and increasing violence has seen the number of non-natural deaths of prisoners rise year on year. There were 84 non-natural deaths in 2013 which increased to 98 in 2014 and then to 104 in 2015.

The report also reveals that more must be done to increase access to specialist mental health services in prisons and that ‘information black holes’ - such as the lack of data on deaths following release from prisons – are holding back progress in reducing self-harm, injury and deaths. A critical issue for hospitals is the establishment of oversight of independent investigations following deaths of detained patients. For police custody the lack of approved mental health professionals in some parts of the country, is leading to delays in mental health assessments. It needs to be addressed urgently.

Today’s report follows an inquiry by the Commission published last year and provides new analysis and recommendations to tackle the issues raised. These include calling for a change in the law to ensure psychiatric hospitals, prisons and police forces publish action plans to address recommendations from investigations and inspections; and calling on psychiatric hospitals to investigate whether independent investigations are being carried out into non-natural deaths of detained patients and confirm if they are of sufficient quality.

• Data on use of restraint should be routinely published in prison as well as data on the number prisoners with mental health conditions.

• Segregation should not be used for prisoners with mental health conditions.

• Families should be fully involved and supported through the investigations process to help ensure that lessons can be learned to prevent future deaths.

• The right to life should be central to the development of policies, procedures and investigations in to the deaths of people in detention.

Professor Singh added: “When the state detains people for their own good or the safety of others it has a very high level of responsibility to ensure their life is protected, and that is a particular challenge for people with mental health conditions. Progress has been so slow that we have continued to see a large number of tragic cases in the past two years where that responsibility has not been met.

“There is a corrosive culture of secrecy and blame which is holding back the progress that’s so desperately needed. It is tragic that we appear to be going backwards not forwards in some areas, whilst avoidable deaths continue to rise.”