The University of Warwick has led the development of a cloud-based microbial bioinformatics resource, which is believed to be the largest of its kind in the world.

The Cloud Infrastructure for Microbial Bioinformatics (or CLIMB project) is a resource for the UK’s medical microbiology community and international partners. It will support their research by providing free cloud-based computing, storage, and analysis tools.

CLIMB is a collaboration between academic and computing staff at the University of Warwick and the Universities of Bath, Birmingham, Cardiff and Swansea.

Professor Mark Pallen of Microbial Genomics at the University of Warwick is the principal investigator on the project. He said: “CLIMB represents a user-friendly, one-stop shop for sharing software and data between medical microbiologists in the academic and clinical arenas.

“Using the cloud means that rather than dozens, or even hundreds, of research groups across the country having to set up and maintain their own servers, users can access shared pre-configured computational resources on demand.” 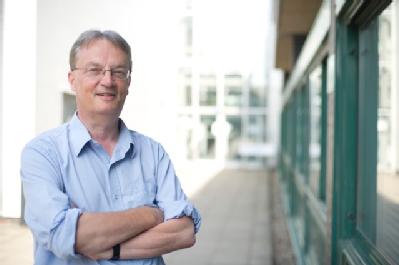 Key to the set-up is the concept of virtualisation, which allows users to work in a simulated computer environment populated by virtual machines (VMs), which sit on top of the physical hardware, but look to the user just like conventional servers. Four of the universities involved each has the same equipment installed, which will work as an integrated system. It offers researchers huge data storage capabilities, very high-memory research servers for maximum performance and integration with relevant biological databases.

The project is funded by the UK’s Medical Research Council and is supported by three world-class medical research fellows and two newly refurbished bioinformatics facilities at the Universities of Warwick and Swansea.

With improvements in sequencing technologies, generating genomic data sets has become much easier. However, many academics don’t have the access to the resources that they need to perform the subsequent bioinformatics analyses.

CLIMB will provide them with the ability to do this and to share scripts and pipelines. There are also plans for workshops and meetings to train, share knowledge and develop the microbial bioinformatics community.

Nick Loman, CLIMB research fellow at the University of Birmingham said: “We have already used CLIMB to analyse and share data from the Ebola outbreak in West Africa. This represents a step-change in collaborative working, particularly when faced with public health emergencies”.

Professor Pallen added: “We see CLIMB as more than an academic facility; instead, we hope it will act as a bridge between academics and public health professionals, facilitating sharing of skills, knowledge and approaches between the two communities, as well as exchange of software and data.”

The system has already seen early exploratory use by Public Health Wales, Public Health England and the Animal and Plant Health Agency. The academics hope that their approach using virtualisation will obtain national or international accreditation.

To view a presentation about CLIMB visit http://bit.do/CLIMBintro