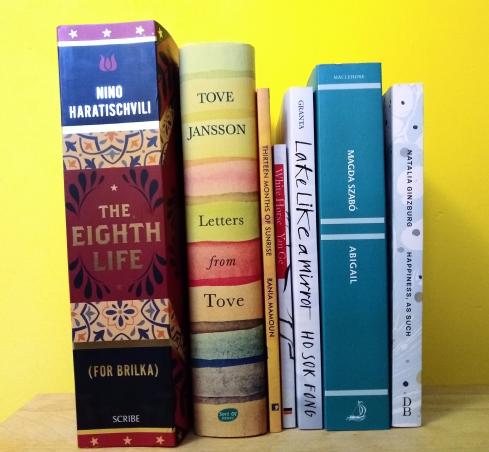 Seven titles have been shortlisted for the fourth annual award of the Warwick Prize for Women in Translation. The shortlist reflects the diversity of the record number of entries submitted to the prize in 2020.

For the second year in a row Magda Szabó and her translator from Hungarian Len Rix are on the shortlist with Abigail (MacLehose Press, 2020), the second in a trilogy of novels about the Second World War and the last to appear in English.

Although not on the shortlist, three titles from the longlist have been singled out for commendation by the judges: Isabella (Smokestack Books, 2019), a collection of fiercely feminist poems by the Italian Renaissance writer Isabella Morra translated by Caroline Maldonado; the extraordinary memoir about mushrooms and grief, The Way Through the Woods (Scribe UK, 2019) by Malaysian-born Long Litt Woon, translated from Norwegian by Barbara Haveland; and the pacey young adult thriller set in a small French town rife with racism and rage Summer of Reckoning (Bitter Lemon Press, 2020) by Marion Brunet, translated from French by Katherine Gregor.

The 2020 competition received a total of 132 eligible entries of which 16 titles made the initial longlist. The seven shortlisted titles include three novels (one of which is an epistolary novel), two collections of short stories, one collection of letters, and one young adult novella. Six source languages are represented: Arabic (Sudan), Chinese (China and Malaysia), German (Georgia/Germany), Hungarian (Hungary), Italian (Italian) and Swedish (Finland). The shortlist is dominated by independent publishers, including Comma Press and five publishers who appear on the shortlist for the first time: Daunt Books, Granta, HopeRoad, Scribe UK and Sort of Books.

Judge Boyd Tonkin comments: “Selected from a record entry, this outstanding shortlist not only takes readers on an epic journey across cultures from Finland to Sudan, and from Malaysia to Georgia. It honours a wide span of genres, from a young-adult novella to a multi-generational saga; from letters to short stories. Each book boasts a powerfully distinctive voice given fresh life in English thanks to a first-rate translation. Notably, this year's shortlist also features previously untranslated work by three classic 20th-century authors: a reminder of the wealth of global women’s writing, past as well as present, that remains to be discovered by English-language readers.”

Founder of the prize, Dr Chantal Wright of the University of Warwick’s School of Creative Arts, Performance and Visual Cultures, comments: “The diversity of the 2020 shortlist is thrilling to see, both in terms of source languages represented but also from the point of view of genre. I'm especially pleased that we managed to run this year's competition despite the pandemic, in what has otherwise been an extremely challenging year for the arts. We look forward to revealing the winner on November 26th and also look ahead to celebrating the Prize's fifth year within the framework of Coventry City of Culture in 2021.”

The winner will be announced in an online award ceremony on Thursday 26 November. For further information about the prize, please contact the coordinators Chantal Wright and Holly Langstaff at womenintranslation@warwick.ac.uk or on 02476 573092.