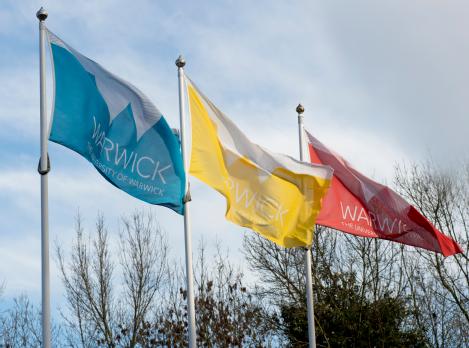 “UK aid and Britain’s world-leading research institutions like the University of Warwick are playing a major role in protecting the world’s poorest people from Neglected Tropical Diseases and enabling them to live healthier, more prosperous lives.”

NTDs are some of the oldest and most painful diseases afflicting the world’s poorest communities. One in six people suffer from NTDs worldwide, including more than half a billion children. NTDs disable, debilitate and perpetuate, keeping children out of school, parents out of work, and dampening hope of any chance of an economic future.

The University of Warwick’s research, which is part-funded by the Bill & Melinda Gates Foundation, focuses on providing quantitative data on the prevalence of NTDs and the impact of the intervention programmes designed to combat them.

Deirdre Hollingsworth, Associate Professor in Epidemiology at the University of Warwick, said: ““We’re delighted to be part of the international effort to rid the world of these terrible diseases. Over the last two years we have made significant progress in understanding how these diseases spread, measuring the impact of eradication efforts and highlighting areas where additional interventions will be required to achieve our 2020 goals. We're optimistic that, with continued coordination and investment, we can protect more of the world’s poorest communities from NTDs.”

Earlier this week, the UK announced that it will protect over 200 million people from the pain and disfigurement caused by treatable tropical diseases by investing a total of £360 million on implementation programmes to tackle NTDs between 2017-2018 and 2021-22. This will mean a billion treatments for people at risk in the developing world as part of an international push to eliminate and eradicate these ailments for good.

The Geneva meeting follows the recent release of a World Health Organization (WHO) report showing transformational progress against neglected tropical diseases (NTDs) and comes five years after the launch of the London Declaration on NTDs, a public commitment by the public and private sectors to control, eliminate and eradicate 10 NTDs. In that time, billions of treatments have been donated by pharmaceutical companies and delivered to impoverished communities in nearly 150 countries, reaching nearly a billion people in 2015.

Bill Gates, co-chair of the Bill & Melinda Gates Foundation, said: “Neglected Tropical Diseases are some of the most painful, debilitating and stigmatizing diseases that affect the world’s poorest communities. That’s why we helped launch the London Declaration, a historic milestone that led to significant progress in treating and reducing the spread of NTDs and demonstrated the impact that the public sector, the private sector, communities and NGOs can have by working together. Thanks to this partnership, these neglected diseases are now getting the attention they deserve so fewer people have to suffer from these treatable conditions. There have been many successes in the past five years, but the job is not done yet. We have set ambitious targets for 2020 that require the continued commitment of pharmaceutical companies, donor and recipient governments, and frontline health workers to ensure drugs are available and delivered to the hardest to reach people.”

About the University of Warwick’s research:

The 2020 goals for the control and elimination of 10 neglected tropical diseases (NTDs) contained in the World Health Organization (WHO) Roadmap on NTDs and endorsed in the London Declaration are based on high-quality epidemiological evidence and opinion. However, prior to 2014 there had been no systematic effort to support these goals with quantitative modeling and analysis. Given the uncertainty in the effectiveness of interventions and the short timeline, this was an important gap in our knowledge and in the investment case for NTD control. There is, therefore, an urgent need to provide consensus, high-quality scientific advice on the dynamics of these diseases, the impact of intervention programs, and the likelihood of achieving the 2020 goals. This project was developed to fill this gap by bringing together a consortium of world-leading modelers to provide the quantitative estimates and epidemiological understanding to accelerate achievement of the 2020 goals. The NTD Modelling Consortium develop robust, validated analyses of transmission dynamic models of the London Declaration. In particular, the models and results generated by the proposed NTD Modeling Consortium will test and help to improve the effectiveness of the interventions in their aim of achieving the 2020 goals.