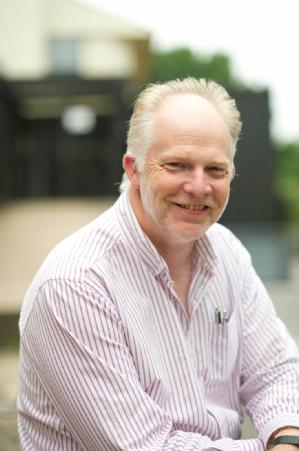 Scientists at the University of Warick have discovered how a bloodsucking parasite has transformed Deformed Wing Virus (DWV) into one of the biggest threats facing UK honeybees.

Honeybees are a key pollinating insect, adding around $40Bn globally to crop value. Over recent years the spread of parasites and the virus they transmit has resulted in high overwintering colony losses.

New and emerging threats to insect pollinators puts increasing pressure on the agricultural sector to meet the demands of a growing population.

DWV is one of the most common viruses infecting European honeybees. Although present in almost all colonies, high levels of deformed wing disease – characterised by developmental deformities, reduced foraging ability and longevity – are only common when Varroa is also present.

The Warwick researchers have discovered how the disease is amplified in the presence of Varroa destructor, a tiny parasitic mite invading hives across the globe.

In colonies free from Varroa, DWV is present at very low levels and generally causes symptomless infections. However, the team found that when Varroa feeds on honeybee haemolymph (blood), specific virulent strains of the virus are transmitted and amplified, explaining why colonies infested with the mite suffer most severely.

The researchers also demonstrated that direct injection of a mixed DWV population in the absence of the mite, resulted in the same virulent strain being amplified – suggesting that this route of virus transmission bypasses the insect’s anti-virus defence systems.

Professor David Evans who led the study explains: “We found that a harmful variant of the virus only multiplies rapidly if it is directly injected into honeybee haemolymph by Varroa. Once injected, the variant takes over. In mite-exposed bees, levels of this single virulent form can be 10,000 times higher than in the absence of Varroa.”

“Although exposure to Varroa caused disruption to a number of genes involved in the bee’s immune response, it is the route of transmission which has caused this severe strain of DWV to become widespread.”

The introduction and global distribution of the mite has had a significant impact on the health and survival of honeybee colonies. The research, published today in PLoS Pathogens could lead to informed breeding programmes for Varroa and virus resistance.

Professor David Evans added: “Our results strongly suggest that DWV is widespread in UK honeybees – even where Varroa is absent. However, the identification of a single virulent form of the virus is an important step in developing strategies to boost honeybee health, to prevent colony losses and to safeguard this important pollinator.”

The project is part of the Insect Pollinators Initiative, jointly funded by the Biotechnology and Biological Sciences Research Council (BBSRC), Defra, the Natural Environment Research Council (NERC), the Scottish Government and the Wellcome Trust under the auspices of the Living with Environmental Change (LWEC) partnership.

Professor Jackie Hunter, BBSRC Chief Executive commented: “This important study, part of the BBSRC-supported Insect Pollinators Initiative, provides important clues that could help to protect honeybee colonies. We rely on bees and other insects to pollinate food crops. We must sustain a healthy and diverse population of pollinating insects to ensure that we have enough food for the future.”