The Warwick community is saddened by the death of Dr Oliver Sacks who was a much loved Visiting Professor at the University of Warwick who drew capacity crowds for every lecture and seminar he gave on our campus. Warwick also conferred on him the degree of Honorary Doctor of Science in January 2014. Oliver Sacks was a professor of neurology at NYU School of Medicine and a Visiting Professor at the University of Warwick. His essays and books have earned numerous awards and inspired millions of readers around the world and the New York Times has referred to him as "the poet laureate of medicine." 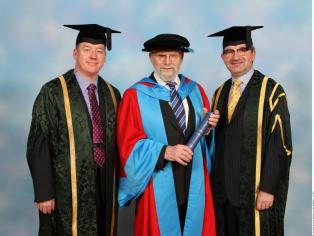 You can revisit two of his talks given while at Warwick at this web page link to a lecture he gave entitled 'Narrative and Medicine: The Importance of the Case History',. That page also has a link to a podcast interview he gave at Warwick on his then latest published book 'Hallucinations'.

There are a great many news reports and obituaries appearing. Links to a few of those now follow:

Professor Oliver Sacks: Neurologist whose writings illuminated the workings of the brain and explored what it feels like to be human - The Independent obituary