Students at WMG Academy Coventry are celebrating a double victory after BOTH its teams won first place in a national engineering competition. 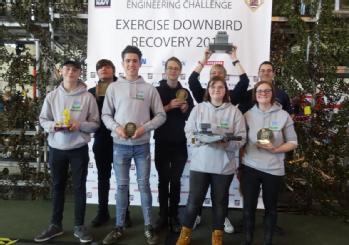 The students, all aged 14 to 19, took the top titles in their age categories in the Royal Navy Engineering Challenge. The contest invites students to design and build a model vessel capable of rescuing a helicopter in an emergency.

WMG Academy Coventry Principal Mr Matt Brady said: “To have one national winner in this competition is impressive, but for both our teams to go out there and take the top titles is incredible.

“We are extremely proud of the hard work and commitment our students have shown in this challenge and I’m sure they all have successful careers ahead of them in science, technology, engineering and maths.”

Sixth form student Chloe Copeland, 17, said: “Taking part has been really exciting as it has given me an insight into what it's like to work on projects such as the one in the brief where problem solving skills are essential. 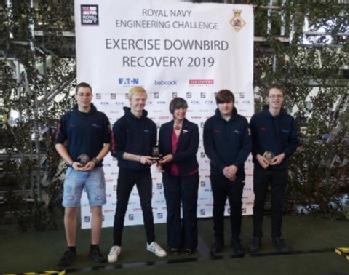 “The Royal Navy Engineering Challenge has allowed me to learn new skills such as using CAD software in addition to developing existing skills, for example project planning.”

The two teams travelled to Portsmouth for the competition where they demonstrated their boats’ capabilities to Royal Navy engineers and delivered a presentation on their methods, teamwork and design.

The teams won hundreds of pounds worth of Amazon vouchers after taking the top titles, with Team HMS Brady also scooping additional awards for Best Manufacture and Best Presentation.

The wins add to a growing collection for WMG Academy Coventry, following awards in the F1 in Schools World Finals, The Teen Tech national awards and two previous winners of the Woman Who Achieves awards. The academy’s sixth form has also been ranked top in Coventry in the Government’s performance tables, based on students achieving grades AAB, and also on student progress. WMG Academy Coventry’ sixth form the city’s only sixth form to be rated as ‘well above average’. 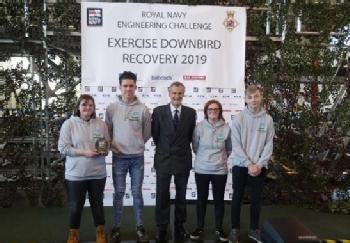 WMG Academy is partnered with the University of Warwick and businesses to offer 14-19 year olds a career-led education focussed on science, technology, engineering and maths. In 2016 it opened a sister academy in Solihull.

WMG Academy Coventry is holding Tour & Explore events on May 1st, May 21st and June 20th for prospective students interested in enrolling in 2020. To register visit www.wmgacademy.org.uk

Credit to: University of Warwick

WMG Academies offer world class education for students aged 14-19 who want to pursue a career in science, technology, engineering and maths. With the support of sponsoring companies, this approach prepares them for the challenges of the 21st century in companies, further education or at university.

Employer Partners for WMG Academy for Young Engineers include: