Pro and anti-Brexit views are to be put forward at a public meeting being held at the University of Warwick.

A panel of five experts will be putting forward their views about the potential British exit from the European Union. The floor will then be opened up for a question time style debate.

The debate is being held on Monday 6 June. 6-7pm in the University’s Social Sciences Building. 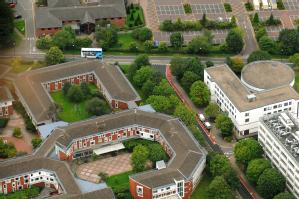 Organiser Dr Nicola Pratt, Reader in International Politics of the Middle East at the University of Warwick said: “This is arguably the most important political choice facing the UK for a generation.

“The decision has potentially profound political economic consequences for both the UK and EU. Yet it is not the first time the UK has voted on EU membership, having held a ballot on the issue more than 40 years ago, in 1975.”

Representing the ‘remain’ camp will be: Dr Lucy Hatton, Professor Mike Smith and Emeritus Professor Wyn Grant from the University. Those putting forward the argument for Brexit will be Dr Lincoln Allison from Warwick University and former Labour MP and current national Chair of the Trade Unionist and Socialist Coalition (TUSC) Dave Nellist. Equal times will be given for the two sides of the argument to be explored.

The debate will be moderated by Dr Pratt who added: “The event does not publicly support or criticise political parties or candidates and speakers comment in a personal capacity and are not speaking or acting on behalf of the University. It will provide local people with an opportunity to discuss their views and listen to the views of others.”

The debate will be held at, Room S0.21 Social Sciences Building, University of Warwick. The debate can be followed using the hashtag #EUrefPAIS