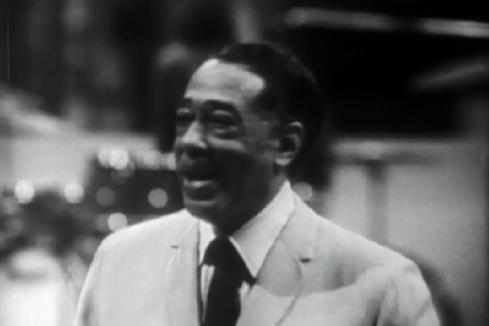 Duke Ellington, considered by him to be his most important, has been found after being unseen and thought lost for over fifty years. 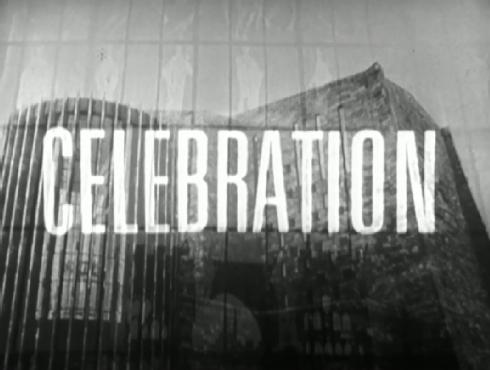 Ellington’s performance at Coventry Cathedral on 21st February 1966, at which he was joined by his orchestra, was the European premiere of his concerts of his First Concert of Sacred Music and included a piece especially written for Coventry and that was only performed at this one concert, Come Easter.

Interviewed about the concert, Ellington said “It’s one of the most satisfying things I have ever done. And the most important.”

This extraordinary conjunction of secular music in a sacred setting was broadcast in the UK by ABC television for ITV as part of their Easter programming, under the title Celebration. 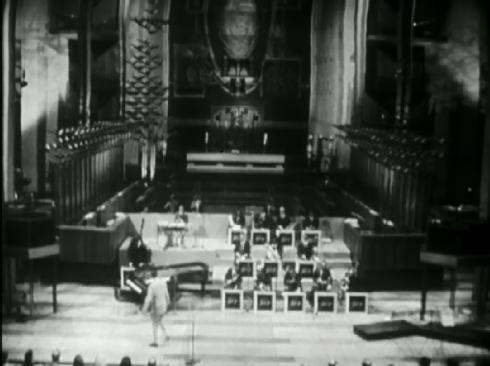 The concert took place in Coventry’s then new Cathedral building, which had opened in 1962 following the bombing and destruction during World War II of the previous structure, built in the 14th and 15th centuries. Coventry Cathedral is today recognised globally as a symbol of peace and reconciliation.

The black and white recording has been digitally restored by archive television company Kaleidoscope with support from the University of Warwick. 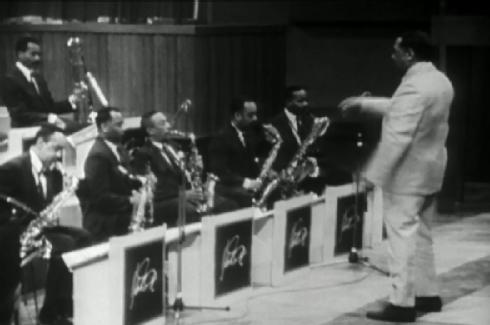 Commenting on the discovery of the footage in the StudioCanal archive Dr Helen Wheatley, of the University of Warwick’s Department of Film and Television Studies, said: 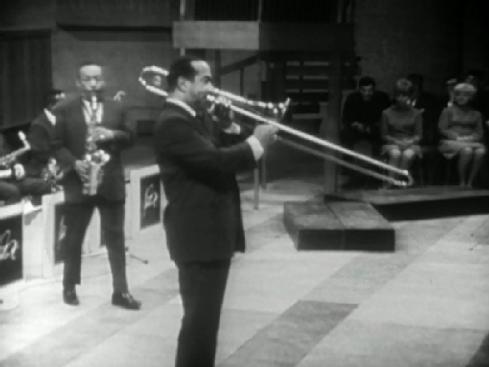 “It is wonderful to be able to bring this important broadcast ‘back home’ to Coventry, thanks to the combined efforts of colleagues at the StudioCanal and Kaleidoscope archives. Ellington’s performance in Celebration is absolutely captivating”.

On the significance of the concert taking place in Coventry Cathedral Dr Wheatley said:

“Coventry Cathedral has been an important site of arts and culture, as well as a significant place of worship, since its consecration in 1962. Ellington chose Coventry Cathedral to perform in as a beacon of modernity in the post-war era, and artists today continue to be attracted to this wonderful building and the forward-thinking people that run it”.

The screening of Celebration is part of Ghost Town: Cathedral of Culture, the fourth part of a series of events or ‘hauntings’ in the ongoing project Ghost Town: Civic Television and the Haunting of Coventry. The project takes programmes made in and about the city out of the television archive and re-screens them around the city in expected and unexpected places

Ghost Town: Civic Television and the Haunting of Coventry is a project led by Dr Wheatley and speaks to the fact that cities are haunted places: they are haunted by the ghosts of people, buildings, businesses, ideas, of things which once stood and now no longer remain. These traces of the haunted city might be slowly lost to the passing of time and the vagaries of memory, but the city is also vividly recalled in another haunted place: the television archive.

All images Copyright of and to be crdited to StudioCanal. Contact a dot t dot frew at warwick dot ac dot uk for further details of use.