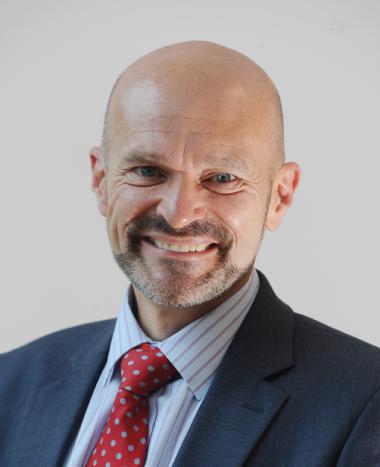 Link opens in a new window

Martin Yardley, who currently combines the roles of Executive Director of Place at Coventry City Council and the CEO of the Coventry and Warwickshire Local Enterprise Partnership, is to join the University of Warwick in a senior business development role.

Martin will take up the new role in April when he steps down from his role as Executive Director of Place at Coventry City Council at the end of March 2020. The role will be part-time as he will also be remaining in his position at Coventry and Warwickshire LEP.

It was announced in July that Martin had decided to leave the Council where he has worked in a number of senior positions over the past 12 years.

Now he will spearhead the development of the University’s Wellesbourne Campus, one of the region’s most important research and development focused investment sites.

The 472-acre (191 hectares) campus, between the villages of Wellesbourne and Charlecote, became part of the University of Warwick in 2004 and it already houses a range of research organisations and businesses including the Warwick Crop Centre, which is internationally recognised for its research into sustainable agriculture, horticulture and food security.

Martin Yardley said: “The Wellesbourne Campus is a site of massive economic potential, which can bring huge benefits to the local area and the wider region, so helping to shape and drive its future is a very exciting prospect.

“I have really enjoyed my time with Coventry City Council and I have been very lucky to work on a number of exciting projects but felt the time was right for me to move on and take on a new challenge.

“The CWLEP has played a huge role in boosting the area’s economy and clearly the Wellesbourne Campus has a very exciting commercial future, so I am looking forward to continuing to help Coventry and Warwickshire prosper through achieving its potential.”

Martin, who trained as a town planner, moved to Coventry City Council in 2007 from Walsall Council, and was acting chief executive during 2016 and 2017.

Professor Stuart Croft, Vice-Chancellor of the University of Warwick, said the appointment would see Wellesbourne become a key focus for future university research and business partnership developments. He said:

“Martin has impressive development experience, very good local contacts and boundless enthusiasm so we feel he is perfectly placed to shape the future of our Wellesbourne site.

“It is strategically very important for the university due to its size, location and history as a centre of research and development and Martin is perfectly placed to lead its development.”

“Martin has played a key part in the success of the CWLEP since its foundation eight years ago and we are delighted that he will continue to lead the organisation for the good of the area.”

For the University of Warwick: