The University of Warwick has just announced that it will award honorary degrees to four people at its winter degree ceremonies which will run from Tuesday 21st January - Friday 24th January 2020 (inclusive) in the Butterworth Hall of Warwick Arts Centre. Those to be honoured include:

Some short biographies on each graduand now follow along with information on the type of degree each will receive. 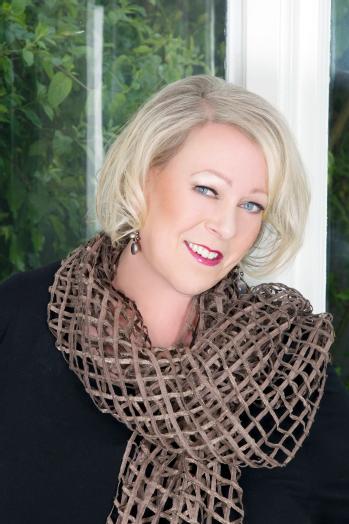 Viki Cooke is a co-founder of BritainThinks. Prior to founding BritainThinks she was co-founder of Opinion Leader Research and Co-Chair of Chime Communications Insight Division. She has more than 25 years’ experience in strategic insight.

Viki has a track record for innovation having pioneered deliberative research methods in the UK – she was involved in delivering the UK’s first Citizens’ Jury, first Citizens’ Forum and first Citizens’ Summit. She personally led a number of high-profile programmes including Your Health, Your Care, Your Say for the NHS and The Prince of Wales’s Business Summit on Climate Change. Viki is passionate about involving citizens in informed, influential and inspiring debates about the issues that impact on their lives and is well known for her work in this area.

Viki is a serial entrepreneur having co-founded a number of other successful companies over the last two decades including Opinion Leader Research, The SMART Company, Brand Democracy and Caucus. She is also Chair of Hubbub Foundation and a Trustee of The Climate Group.

She has served Warwick for more than a decade at a time of rapid expansion and has helped to shape its strategy. Viki is the outgoing Vice Chair and Pro Chancellor of the University of Warwick with almost 12 years of voluntary service on University Council and major committees including: Buildings Committee (now the University Estate Committee), Nominations Committee, Fundraising Ethics Committee and she currently chairs the Audit and Risk Committee.

He has led the Behavioural Insights team since its inception in 2010. Prior to that, David was the founding Director of the Institute for Government and between 2001 and 2007 was the Chief Analyst at the Prime Minister’s Strategy Unit. David was also appointed as the What Works National Advisor in July 2013. He supports the What Works Network and leads efforts to improve the use of evidence across government. Before entering government, David held tenure at Cambridge and posts at Oxford and Harvard. He has written several books and papers on areas relating to behavioural insights and wellbeing, including Social Capital (2005), the Hidden Wealth of Nations (2010), Inside the Nudge Unit (2015) and co-author of the MINDSPACE report.

A cultural and comparative sociologist, Lamont is the author of a dozen books and edited volumes and over one hundred articles and chapters on a range of topics including culture and inequality, racism and stigma, academia and knowledge, social change and successful societies, and qualitative methods.

Her most recent publications include the coauthored book Getting Respect: Responding to Stigma and Discrimination in the United States, Brazil, and Israel (Princeton University Press 2016); her ASA Presidential Address “Addressing Recognition Gaps: Destigmatization and the Reduction of Inequality” (American Sociological Review 2018); the 2018 British Journal of Sociology Annual Lecture: “From ‘Having’ to ‘Being’: Self-Worth and the Current Crisis of American Society”; and a special issue of Daedalus on “Inequality as a Multidimensional Process” (coedited with Paul Pierson; summer 2019).

An Andrew Carnegie Fellow for 2019-2021, she will be spending 2019-2020 on sabbatical at the Russell Sage Foundation, where she will be writing a book on self-worth and inequality in the United States and Europe.

He has been a business mentor with The Princes Trust for six years and has helped a number of young people start new businesses. He also sits on the Business Launch Group, which approves Princes Trust support for new ventures.

After his aunt Elizabeth Creak passed away in 2013, Paul was appointed Chairman of her Charitable Trust. The Trust supports and encourages new talent in farming and finances projects to help farmers survive and thrive in their challenging modern environment. This has led to the creation of numerous scholarships and other relevant educational infrastructure initiatives. More recently Paul was instrumental in creating the Elizabeth Creak Universities Network with the UK’s leading agricultural universities, with the aims of more effectively translating research into practice and influencing government policy.

Paul has a keen interest in motor racing. He is a Director of Brabham Branding Ltd and is working with David Brabham to bring the iconic brand back to motor sport. This has led to the launch of the Brabham BT62 supercar and a Brabham being back racing after 27 years.