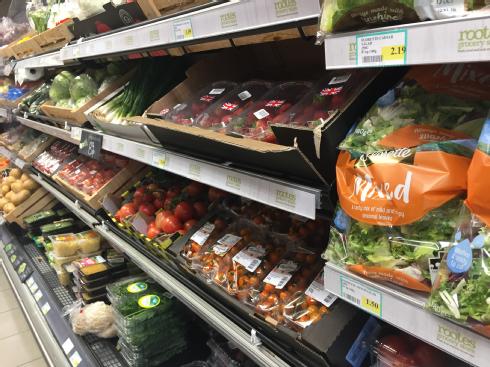 Simply moving where fresh fruit and vegetables are placed in a shop can increase their sales, new research by Warwick Medical School/the University of Warwick, published by BMC Public Health, has found.

The finding follows analysis of purchases from a real shop in which the location of the produce was changed with no further advertising or messaging added to encourage customers – suggesting that a simple “nudge” can encourage increased fruit and vegetable consumption without any conscious action by the consumer.

The changes to the location of the fruit and vegetables within the shop, Warwick’s own Rootes Grocery Store, saw them being moved to closer to the store’s entrance. This decision had been made without either the aim of conducting a research experiment or to purposefully encourage a healthier diet.

Instead, the research, led by Dr Oyinlola Oyebode of Warwick Medical School, was conducted only after the researchers had heard about the changes and were keen to investigate whether they had had any effect on fruit and vegetable purchasing. 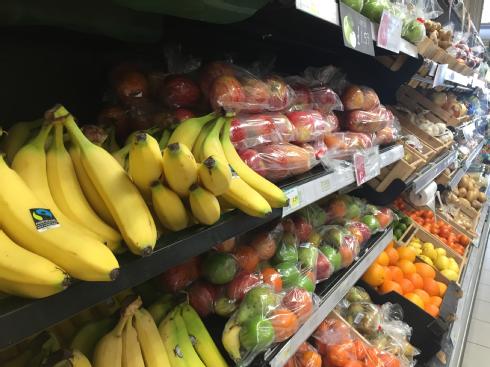 wo changes to the layout were made during the period studied. In January 2015, fruit and vegetables were moved from the back of the store, furthest from the entrance, to the aisle closest to the entrance and an entrance-facing display increasing their accessibility.

In April 2016, the entrance-facing display of fruit and vegetables was replaced with a chiller cabinet so that fruit and vegetables remained more accessible than during the baseline period, but less accessible than in the period immediately previously. A retrospective interrupted time series analysis using dynamic regression was used to model the data and to examine the effect of the store re-arrangements on purchasing.

The researchers collected data from the shop tills (from January 2012 to July 2017) to examine sales before, during and after changes to the store’s layout.

The researchers also found that the increase in fruit and vegetables sales following their new location may be maintained over time - meaning that such a change may be a viable method of improving the nutritional quality of the diets of young adults, at a time when there is existing evidence for a declining fruit and vegetable consumption in that age group.

This suggests that a statistically significant and maintained increase in fruit and vegetable purchases by young adults can be achieved through “nudge” techniques and without the need for advertising or overt message campaigns.

“This “nudge” intervention in a young adult population, is particularly appropriate because it doesn’t restrict choice, and it doesn’t require any conscious action by the young adult.”

The research findings have impacted decisions made by the store featured in the research. One of the co-researchers Tony Howard, and Warwick’s Director of Food and Retail Strategy said:

“Having found this result, we plan to support our students to eat healthily by keeping fruit and vegetables accessible in our campus grocery store”.

Photos copright University of Warwick. Images taken in store in which the research was conducted.