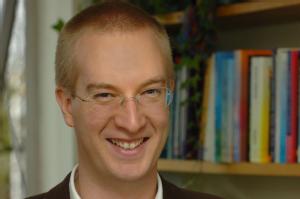 New research by the University of Warwick reveals that many credit card customers become fixated on the level of minimum payments given on credit card bills. The mere presence of a minimum payment is enough to reduce the actual amount many people choose to pay on their bills, leading to further interest payments.

The research, by University of Warwick Psychology researcher Dr Neil Stewart, is to be published in the journal Psychological Science, in a paper entitled “The Cost of Anchoring on Credit Card Minimum Payments”. It focuses on the psychological phenomenon of “anchoring” in which arbitrary and irrelevant numbers bias people's judgements. The research reveals that anchoring affects the way people repay their credit card bills. For those people who make only partial repayments of the outstanding balance (about 35% of card holders), the suggested minimum payment on the credit card statement acts as an anchor and lowers the actual repayments people choose to make.

To examine whether minimum payments actually cause lower repayments, Dr Stewart conducted an experiment where some people received normal statements and others received statements with no minimum payment information. The experiment recruited 413 volunteers (54% female 46% male, with an age range of 18-68). Half were given mock credit card bills for £435.76 with a suggested minimum payment, and half the same level bill but without a suggested minimum payment. All were asked to imagine that the bill had arrived that morning and to decide, thinking about their current finances, how much they could afford to repay.

"This press release coincides with regulations from the 2006 Consumer Credit Act, which come into force this month. The regulations prescribe a warning text to accompany minimum payments on statements. The text warns of the dangers of making only minimum payments, but it does not warn people about anchoring."

A tool to help people understand the link between repayments and interest charges is available at
http://www.warwick.ac.uk/go/decisiontool/

A podcast interview with Dr Stewart in this subject can be heard at:
http://www2.warwick.ac.uk/newsandevents/audio/?podcastItem=neil_stewart_podcast.mp3

Dr Neil Stewart discusses 'anchoring' and sheds light on how we can be more ‘credit savvy’ when making credit card repayments.

Dr Neil Stewart has designed this tool to help people understand the link between repayments and interest charges.