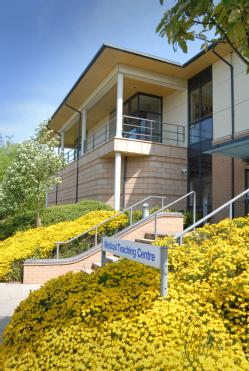 Researchers at the University of Warwick, working with Italian anthropologist Raffaella Bianucci and others, have recovered a genome of the bacterium Brucella melitensis from a 700-year-old skeleton found in the ruins of a Medieval Italian village.

Reporting this week in mBio, the online open-access journal of the American Society for Microbiology, Warwick Medical School’s Professor Mark Pallen and his colleagues describe using a technique called shotgun metagenomics to sequence DNA from a calcified nodule from the pelvic region of a middle-aged male skeleton excavated from the settlement of Geridu in Sardinia, an island off the coast of Italy. Geridu is thought to have been abandoned in the late 14th century. Shotgun metagenomics allows scientists to sequence DNA without looking for a specific target.

From this sample, the researchers recovered the genome of Brucella melitensis, which causes an infection called brucellosis in livestock and humans. In humans, brucellosis is usually acquired by ingesting unpasteurized dairy products or from direct contact with infected animals. Symptoms include fevers, arthritis and swelling of the heart and liver. The disease is still found in the Mediterranean region.

“Normally when you think of calcified material in human or animal remains you think about tuberculosis, because that’s the most common infection that leads to calcification,” says Professor Pallen, PhD. “We were a bit surprised to get Brucella instead.”

The skeleton contained 32 hardened nodules the size of a penny in the pelvic area, though Pallen says it’s unclear if they originated in the pelvis, or higher up in the chest or other body part.

In additional experiments, the research team showed that the DNA fragments extracted had the appearance of aged DNA – they were shorter than contemporary strands, and had characteristic mutations at the ends. They also found that the medieval Brucella strain, which they called Geridu-1, was closely related to a recent Brucella strain called Ether, identified in Italy in 1961, and two other Italian strains identified in 2006 and 2007.

Pallen and others have used shotgun metagenomics before to detect pathogens in contemporary and historical human material. Last summer, he and his colleagues published a report in the New England Journal of Medicine describing the recovery of tuberculosis genomes from the lung tissue of a 215-year-old mummy from Hungary. His team also has identified the outbreak strain genome using metagenomics on stool samples from a 2011 E. coli outbreak in Germany.

Pallen’s team is now testing the technique on a range of additional samples, including historical material from Hungarian mummies; Egyptian mummies; a Korean mummy from the 16th or 17th century; and lung tissue from a French queen from the Merovingian dynasty, which ruled France from the 5th to 8th centuries; as well as contemporary sputum samples from the Gambia.

“Metagenomics stands ready to document past and present infections, shedding light on the emergence, evolution and spread of microbial pathogens,” Pallen says. “We’re cranking through all of these samples and we’re hopeful that we’re going to find new things.”

- The study was supported by the Sardinia Region and Warwick Medical School. The article can be found online at http://mbio.asm.org/content/5/4/e01337-14 .