From beautiful landscapes to Embarrassing Bodies a new book by a University of Warwick academic examines what makes us stop and stare at the TV. 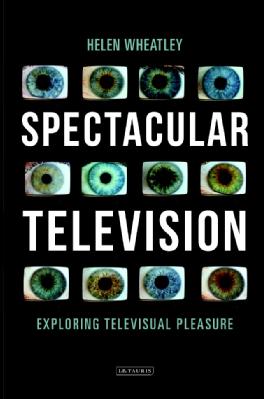 Spectacular Television by Dr Helen Wheatley traces a history of television as spectacular attraction, from its launch to the contemporary age of surround sound, digital effects and HD screens In the first part of her book she examines TV from its early stages – how it was sold to potential viewers and the introduction of colour, right up to the new technologies such as high definition.

In the book Dr Wheatley, who is associate professor of Film and Television Studies at the University of Warwick focuses on the spectacle of nature, landscape, and human bodies on television. She does this via explorations of popular TV dramas, documentary series, factual entertainment and natural history programmes.

She said: “In the book I’ve examined the programme genres that make us want to stop and stare; entranced, disgusted or attracted. In order to this I’ve analysed a wide range of TV output – from natural history programmes to Game of Thrones to Channel Four’s Master of Sex.

“I’ve asked the questions ‘what are we attracted to, what do we find beautiful and why?’ I also explore how TV provides relaxation and visual pleasure.”

In the age of mobile technology Dr Wheatley argues that TV still has a big part to play in our lives. She added: “We talk about television being more mobile but the spectacular aspects of TV provide moments that make us want to stop and sit in front of a big flat screen television; this is different to watching a news report or a video made by a friend on a hand-held device.”