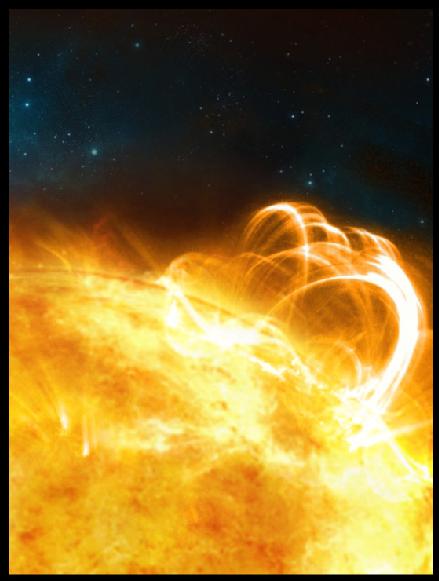 The Sun demonstrates the potential to superflare, new research into stellar flaring suggests.

Led by the University of Warwick, the research has found a stellar superflare on a star observed by NASA’s Kepler space telescope with wave patterns similar to those that have been observed in solar flares.

Superflares are thousands of times more powerful than those ever recorded on the Sun, and are frequently observed on some stars.

Found in the Milky Way, the binary star, KIC9655129, is known to superflare. The researchers suggest due to the similarities between the superflare on KIC9655129 and the Sun’s solar flares, the underlying physics of the flares might be the same, supporting the idea that our Sun could also produce a superflare.

If the Sun were to superflare the Earth’s communications and energy systems could be at serious risk of failing.

Lead researcher, Chloë Pugh from the University of Warwick’s Centre for Fusion, Space and Astrophysics, explains: 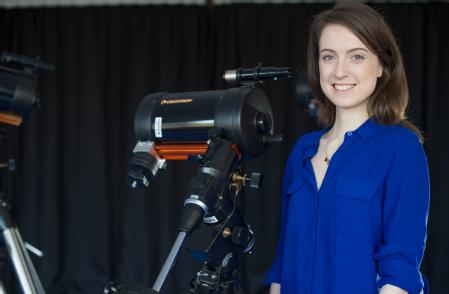 “Our solar system is filled with plasma, or ionised gas, originating from the Sun as a result of the solar wind and other more violent solar eruptions, such as solar flares. Stars very similar to the Sun have been observed to produce enormous flares, called superflares. To give us a better indication of whether the Sun could produce a catastrophic superflare, we need to determine whether the same physical processes are responsible for both stellar superflares and solar flares.

“Solar flares are commonly observed to consist of a series of regularly occurring pulses. Often these pulsations resemble waves, with a wavelength that relates to various properties of the region of the Sun that is producing the flare. The study of waves such as these is referred to as coronal seismology. Occasionally solar flares contain multiple waves superimposed on top of one another, which can easily be explained by coronal seismology. We have found evidence for multiple waves, or multiple periodicities, in a stellar superflare, and the properties of these waves are consistent with those that occur in solar flares".

“If the Sun were to produce a superflare it would be disastrous for life on Earth; our GPS and radio communication systems could be severely disrupted and there could be large scale power blackouts as a result of strong electrical currents being induced in power grids.

“Fortunately the conditions needed for a superflare are extremely unlikely to occur on the Sun, based on previous observations of solar activity.”

The researchers used time series analysis to detect wave patterns in the light curve of a flare emanating from KIC9655129, using data collected by the Kepler space telescope. Research co-author Dr Anne-Marie Broomhall from the University of Warwick explains:

“When a flare occurs we typically see a rapid increase in intensity followed by a gradual decline. Usually the decline phase is relatively smooth but occasionally there are noticeable bumps, which are termed 'quasi-periodic pulsations' or QPPs. We used techniques called wavelet analysis and Monte Carlo modelling in order to assess the periodicity and statistical significance of these QPPs.”

The researcher’s analysis revealed not one but two significant periodicities, with less than a 1% probability that these pulsations would be observed by chance.

“We then fitted a model to the flare light curve that described both the exponential decay phase and the two periodicities. The periods were found to be 78 minutes and 32 minutes respectively. The properties of the periodicities, such as their decay times, imply that the two periodicities are independent”, says Dr Broomhall.

“The most plausible explanation for the presence of two independent periodicities is that the QPPs were caused by magnetohydrodynamic (MHD) oscillations, which are frequently observed in solar flares. This result is, therefore, an indication that the same physical processes are involved in both solar flares and stellar superflares. The latter finding supports the hypothesis that the Sun is able to produce a potentially devastating superflare”.

The research, A Multi-Period Oscillation in a Stellar Superflare, is published by The Astrophysical Journal Letters and was funded by a European Research Council project led by Professor Valery M. Nakariakov.