The University of Warwick is to receive more than £7 million to find better ways of delivering healthcare to some of the world’s poorest people.

The long-term aims of the project include finding the best ways to deliver healthcare to people living in slums in Asia and Africa and then to persuade and work with politicians and other officials to make these changes.

In addition the NIHR Global Health Research Unit has awarded the £1.5 million to work with psychosis sufferers in India. The award will be used to improve their health, wellbeing and functioning. The grants are part of the Department of Health’s wider Official Developmental Assistance budget, the aim of which is to improve the health of patients and public in low and middle-income countries.

Nearly a billion people live in slums and these are growing as more people are born and move to cities. People living in slums have many of the health issues seen in the rural poor such as dangerous childbirth, malnutrition, infectious disease deaths, alongside increasing risk of diseases linked to cities including traffic accidents, violence, stroke, heart disease. Many of the world’s poorest people live in slums, over-crowded neighbourhoods often made up of makeshift or derelict housing, without running water or sanitation.

Richard Lilford who is Professor of Public Health and Pro-Dean (research) at Warwick Medical School is leading the research into slum health. He said: “Even if slum residents live close to health services, they can have difficulty getting needed care.

“There are many reasons for this. It can be because city authorities do not have the will or the resources to meet the needs of those living in the slums. It can also be because people living in slums can’t afford the cost of health care, or the time off work to seek care.

“The result is that many people living in slums go to low quality or unqualified clinics, or to various places - such as clinics run by charities to tackle specific issues e.g. HIV - but without joined-up care. This has negative consequences for both individual and population health.”

The areas so far confirmed as part of the project are Nairobi, Kenya; Ibadan, Nigeria; Karachi, Pakistan and Dhaka, Bangladesh. The University’s project will run until 31st March 2021. The money has been awarded to Warwick Medical School and the University’s Centre for Interdisciplinary Methodologies.

The grant that has been made to the NIHR Global Health Research Group on Psychosis Outcomes: the Warwick-India-Canada {WIC} Network at the University of Warwick is for a project led by Professor Swaran Singh. His team will be working with partners in All India Institute of Medical Sciences New Delhi; Schizophrenia Research Foundation (SCARF) Chennai, and Douglas Hospital, McGill University Montreal. In India psychosis is a leading cause of disability and affects between seven and eight million people. In the absence of adequate treatment and support many of them languish in long stay hospitals for years in appalling conditions or drift into homelessness and destitution. The research award aims to identify sufferers early and ensure that they regain their health and wellbeing. 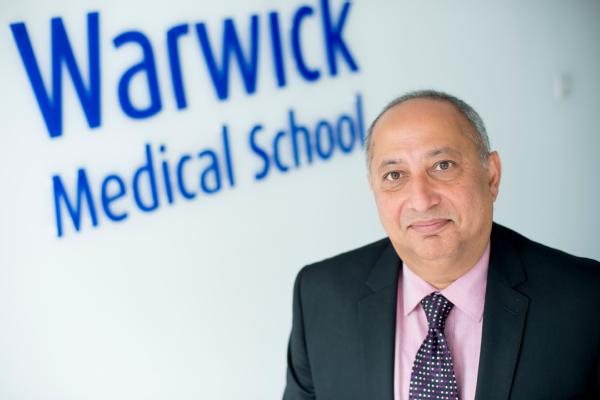 Prof Singh said: “We are delighted to have received this grant. Early treatment of first-episode and untreated psychosis is key to reducing burden of disability for this neglected group. We have been successful and developing and implementing early intervention strategies in UK and the developing world. There is a great opportunity that such interventions can be tailored to the Indian context that deliver similar gains”

The three-year project will lead to evidence-informed interventions relevant to India, such as culturally appropriate interventions for families, raising standards of care, and using digital technologies to overcome infrastructure problems.