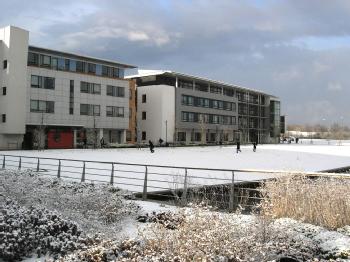 Professor Dan Král's work during his fellowship will focus on combinatorial limits. The theory of combinatorial limits is a recently emerged and rapidly evolving area of mathematics, which led to opening new links between analysis, combinatorics, computer science, group theory and probability theory. The analytic view of large discrete structures resulted in a substantial progress on many notoriously difficult extremal combinatorics questions. It also gave new understanding of aspects of important concepts such as regularity decompositions. Still, many fundamental problems remain widely open. A particularly challenging problem is finding a robust notion of convergence that would unify the existing notions for dense and sparse discrete structures. In relation to extremal combinatorics, problems of a great significance include a full description of low dimensional projections of the body of feasible limit densities or the existence of finitely forcible (determined) configurations in the extremal points of this body as conjectured by Lovász and Szegedy.

Dr David Loeffler received a joint award with his wife Sarah Zerbes (UCL) for their work on Euler systems. Euler systems are sophisticated mathematical tools used to study problems in number theory - perhaps the oldest branch of mathematics, but also one of the richest and most active areas of current research.

Number theorists are interested in properties of the integers (whole numbers, as opposed to fractions or irrational numbers), such as factorizing numbers into primes, or finding solutions to equations where the unknowns are whole numbers. Further information about about their work can be seen here.