The amazed, massing shade
for the glacial valley, made
from a single araucaria
that smashed its way
by micrometers of birth-push
under five centuries of dusks
of carbon dioxide and rainfall,
while the volcanic rocks made landfall
against its unrolled, harbouring roots;

and the roots took the rocks in their arms
and placed them, magically,
like stone children, about itself
as it unfolded its fabulous tale:
of the wood heart mourned to flint
by slow labour and loneliness,
by what it could not reach, yet see
at distance, and of the sound of that sea,
and of the cruel brightness

of butterflies and grasses,
foreknowledge of their brevity,
of a heard stream, overhearing
prints of otters on its plane stones,
gold wagtails sprying over
the gravel and shallows of courtship;
of orange blames of gall-wasps, honey fungus,
the watch-turning of tree-creepers;
of blights of summer lightning,

of fire damage and that dark
year’s mark worn secretly,
a ring, forged inside a ring;
then the winter’s coronation closing
in a swaying crown of redwings,
cones, drab diagonals of pine-fall,
the lead winds hardening, and while
the stone children wept with rain
the great tree sheltered them.

‘As I have written elsewhere, complexity is what writers pass through to gain simplicity and clarity, and this poem represents that journey for me. It opens on an image of an araucaria in a poem of the same title by the Italian poet Ungaretti, but then unfolds its own complex, interweaving storyline. The poem is stripped to clear images and winds through one sentence of one hundred and ninety-five words. You Were Broken is a poem about the complexity of connectivity; biological connectivity but also the intricacy and vulnerability of emotional connections. In some ways it’s a terribly lonely poem, but also a poem about companionship even if the tree’s companions are stones. To finish: any poem should be the visible part of an iceberg. As Hemingway put it, the knowledge a writer brings to the creation of a literary work is the unrevealed submerged section of that same iceberg. The passage from complexity to simplicity is about making sure most of that hidden iceberg remains invisible.’

David Morley is Director of the Warwick Writing Programme and Professor of Creative Writing. He is a poet, critic, ecologist, editor and scientist. He has published 18 books, including 9 collections of poetry and his work has been translated into several languages including Arabic. He has received 13 literary awards and 2 awards for his teaching. David was also the inaugural Director of the Warwick Prize for Writing, which made its first award in February 2009. 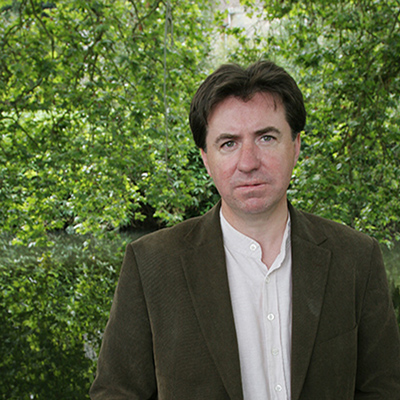