As the site plan shows, there are two altars next to the Temple of Asclepius. The earlier altar is large and would have likely been the altar used by the Greeks. The size of the altar is impressive compared to the size of the temple. It suggests that the religious ritual of the Epidaurians would seen the sacrifice of a large amount of animals, thus showing the popularity and volume of visitors of the sanctuary.

The smaller, newer altar would have probably been used by the Romans, who also frequented the sanctuary. 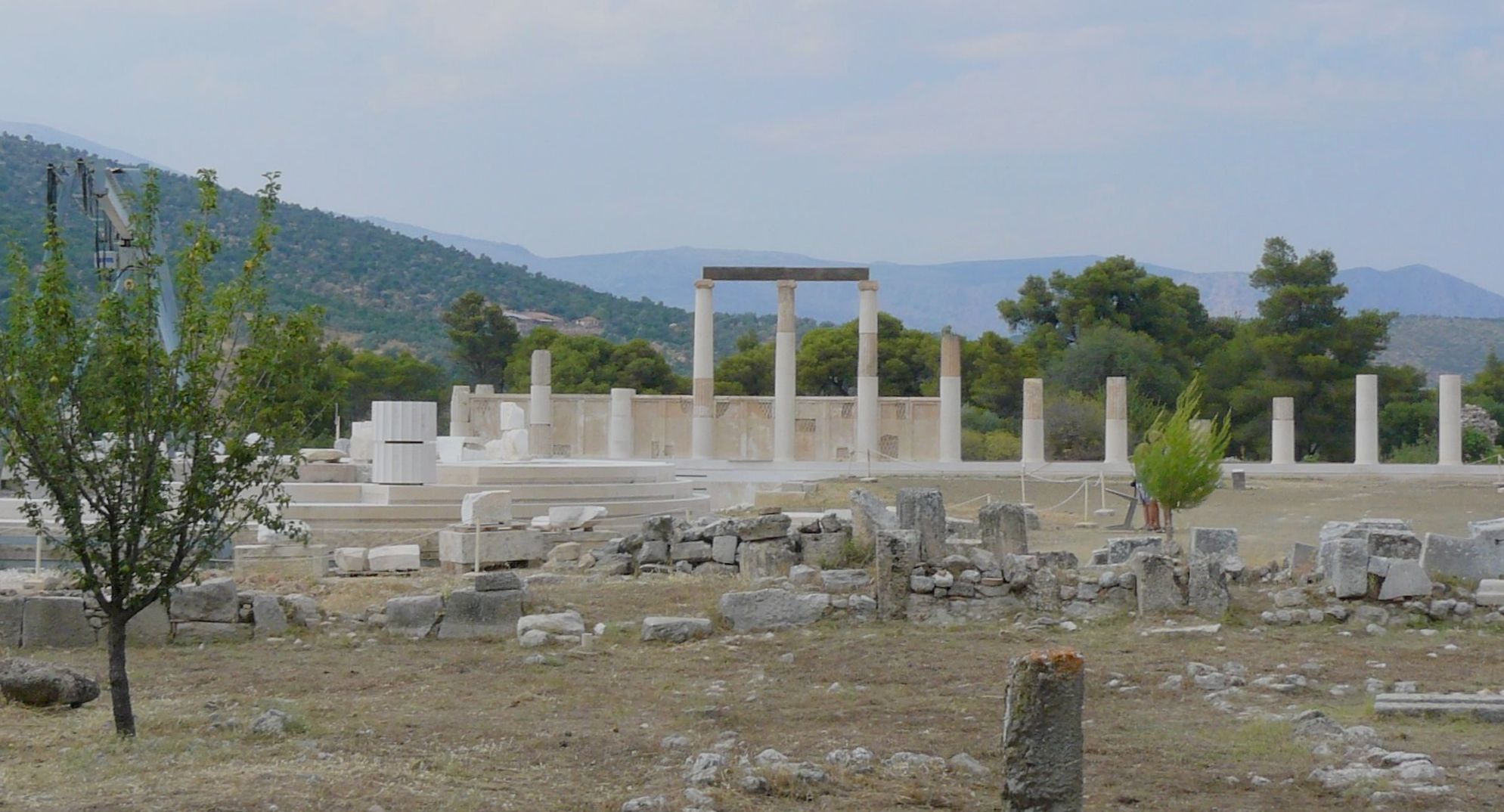 "A man came to the god as a suppliant who was so blind in one eye that he only had the eyelids left and there was nothing between them, but they were wholly empty. Some of the people of the shrine made fun of his folly in thinking that he could see when he had no trace of an eye but only a place for it. He went to sleep in the shrine and a vision appeared to him. It seemed to him that the god boiled up a drug, drew apart his eyelids, and poured it in. When the day came he went away, able to see in both eyes."

The picture below shows a site plan of Epidaurus. We can see the main Sanctuary of Asclepius. Next to the main temple, there are two altars. The larger one named the 'early altar' and the smaller named 'altar'.

As well as this there is also the stadium and the gymnasium south of the two sanctuaries.

As well as the religious buildings in the large complex at Epidaurus, there are also many other buildings which were used to entertain the many worshippers who had undertaken a pilgrimage to the Asclepeion: