The 15 building outlines uncovered so far appear to be just the edge of a larger complex of Iron Age structures, bounded on side by a small river and leading back to the site of a Neolithic track or pathway.

The number and size of the roundhouses uncovered makes it a significant English Iron Age site and one of the most significant such sites in the West Midlands. Because of its size some of the team involved have dubbed it a housing estate.

The roundhouse outlines uncovered so far are on the large side - the largest being 15 metres in diameter. Dr Stephen Hill, the University of Warwick archaeologist supervising the archaeological dig, believes the site dates from the 1st century BC or the 1st century AD.

Dr Hill has also suggested the inhabitants were probably pushed off the site by the incoming Romans in the first century AD. There is considerable evidence of Roman presence on the University of Warwick site and the Coventry area as a whole.

This point is just inside the northern limit of the extensive Iron Age settlement that extended through the site of University House, as far as the multi-storey car park beside the Warwick Manufacturing Group building. The site here was an excellent one for settlement, consisting of a level clearing with a stream along the south side. The settlement was defended by a substantial ditch and rampart (a section of this can be seen next to the path opposite the entrance to the Westwood Games Hall). An area of the Iron Age settlement was excavated in 2002 at the time of the construction of the all-weather rugby pitch. Although the area had been severely affected by construction work in the 1960s, these excavations uncovered parts of the defensive ditch and rampart and also the construction slots of at least fifteen round houses together with several simple four-post structures which would have served as animal sheds. 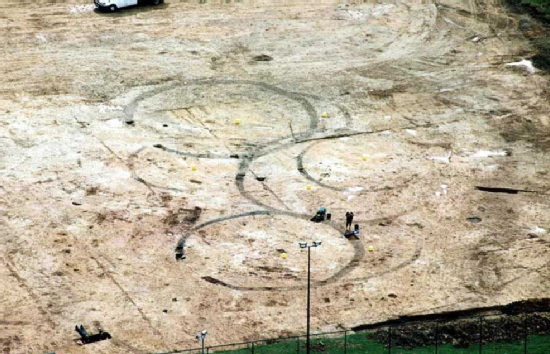 The round houses were impressive structures up to 18 metres in diameter and are likely to have stood about 9 metres tall. They had wattle and daub (mud on hurdle) walls and thick thatched roofs. 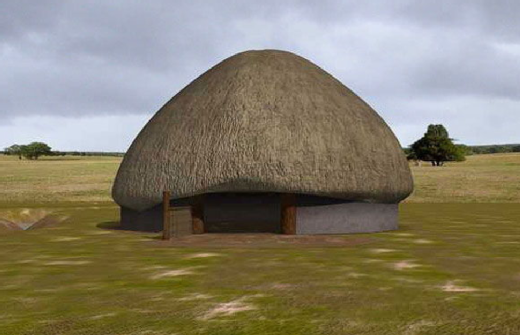 The massive scale of these structures suggests that they may have served public and ceremonial purposes; a suggestion which is supported by the wealth of votive materials (especially horses’ heads and pottery vessels) that were placed in the construction trenches when the round houses were built. The round houses had entrances with porches on their east side away from the prevailing winds. Some of the excavated structures were used for industrial purposes and contained small pottery crucibles for smelting metal. It is likely that domestic houses are yet to be discovered elsewhere within the enclosure.

Aerial photographs have revealed the existence of a banjo-shaped enclosure on the north side of the Iron Age site, underlying the running track. This structure, which is likely to have been built around a significant burial, may represent the earliest phase of settlement on the site and its presence may explain why large, apparently public, buildings were placed immediately to the south of it.

The excavated structures were arranged in overlapping groups, demonstrating that there were at least three phases of occupation. The implication of this, given the cost and effort involved in constructing buildings from vast quantities of oak, reed and clay, is that the site may have been occupied for a long period in later prehistory.