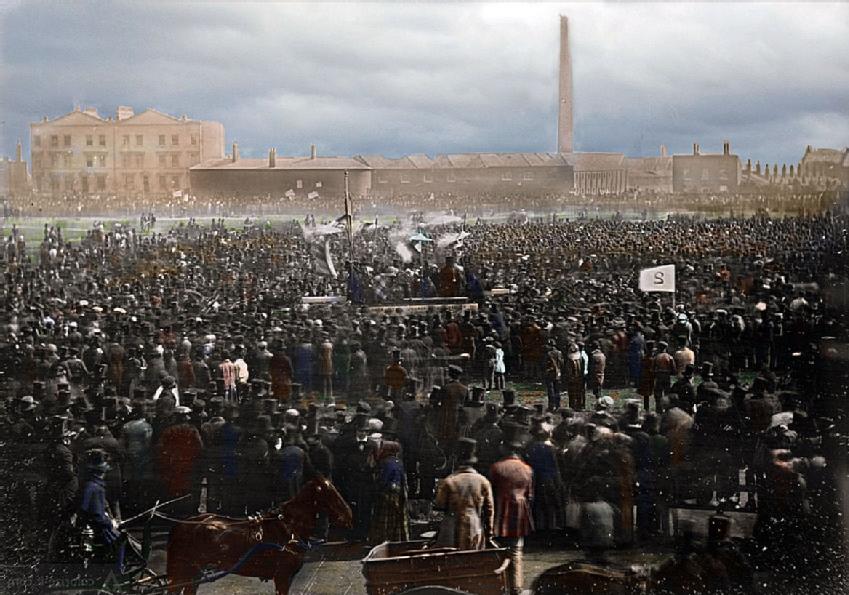 My research is indicating that, from evidence that exists for confined areas such as Peterloo in 1819 and Kennington in 1848, reform crowds were significantly smaller than previously thought yet are still perceived to have been massive by some historians.

But, despite crowds being numerically small, reform campaigners were clearly successful in projecting an outward appearance of power. Consequently the state was regularly provoked into a disproportionate show of force and punitive legislation.

Impressions of crowds were often distorted through the lens of or newspapers and satirical prints. Gatherings were generally perceived to be massive by all protagonists. Why? I postulate that it suited the agenda of state and reformers alike to acknowledge crowds as massive as it was generally believed that magnitude signified power. Conceding smaller attendance could have been seen as weakening the potency of the reformers’ case for widening the franchise and, equally, undermining the state’s argument for punitive legislation and stern martial suppression.

10 Nov 2018 The Politics of Sedition Conference, Warwick:
Unpacking the Emotions of the Crowd: ‘Using graphic imagery to scrutinize the agency of the individual in the long 19th century crowd’.

2 Aug 2019International Conference on Romanticism, ‘Projecting Power: Examining the Mismatch between the Perception and Reality of the Mass Platform’

MA Dissertation - Public History:
A foot in both camps- Defining the role of the professional historian in the media age.
Download: goo.gl/Yv6JrZ

MA Quantitative Research Essay:
An examination of the crowd size at the Peterloo Massacre
Download: bit.ly/2yMRfBp

Forthcoming chapters in these books:

History Extra Article on my research into the Peterloo Crowd Size 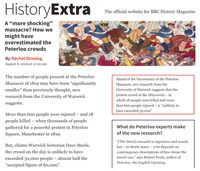