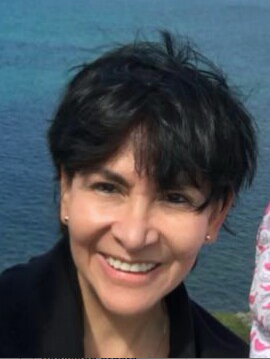 Clemencia Rodas Pérez has 28 years of teaching and researching experience in Higher Education. She has taught Spanish since 2001 and in the Language Centre at Warwick since 2004. She has taught both British and international students, in both the academic and the Lifelong Learning (LLL) programmes. In 2012, her students and colleagues nominated her for the WATE (Warwick Award for Teaching Excellence), and she was recognized as a WATE commendee.

Clemencia holds a PhD degree from the Health Sciences Institute at Warwick Medical School. Her research topic was focused in Medical communication where she analysed the interaction of geneticists and patients during genetic counselling consultation. One of the main aspects she considered was the use of Spanish language at both specialised and lay level of language knowledge during the clinical encounter, using a specific Latin American case study.

She has been the coordinator of the LLL Spanish courses offered by the Language Centre since 2010. In addition to teaching Spanish at all levels, she has been module leader for several courses, including Spanish for Historians: Years 1 and 2.

Clemencia is currently working on a research study about writing as a cognitive and sociocognitive process, where intended texts, reformulation and exemplification are constructs used to interpret those factors interacting in the writing composition process.

Clemencia is also in her tenth year of the Virtual Intercultural Immersion Project (VIIP), which is a virtual bilingual exchange project for Warwick undergrads to ‘meet’ their peers in South America via regularly scheduled social media en-counters.

Outside these hours, please arrange your appointment via email