My research interests are framed by an interdisciplinary approach and focus on nineteenth- and twentieth-century French culture and literature, with a special interest in medical cultures of the modern period; women's lives and writing; sex, gender, pathology and criminality; the history of the French psychological sciences; cultural history; and all forms of self-writing. I focus in particular on the period and idea of the fin-de-siècle but I am also very interested in the early twentieth century.

In 2018 I was awarded a Leverhulme Research Fellowship to write a cultural history of morphine in France from c. 1870-1940. I am currently preparing two monographs for publication arising from this project (see publications below).

My first book, Voices from the Asylum: Four French Women Writers, 1850-1920 (Oxford University Press, 2010) investigated the lives and writings of a number of women incarcerated in French psychiatric hospitals in the nineteenth and twentieth centuries.

The idea for my book on morphine addiction in France grew out of a previous research project, a British Academy Postdoctoral Research Fellowship which I held from 2014-2011 for a project entitled "Inscribed on the Body: Women, Intoxication and Self-Destruction in Nineteenth-Century France". This project developed three strands of enquiry, with separate outputs: First, an article on the visual representation of clinical photographs of anorexic women; second, a book project on the cultural history of morphine in late nineteenth-century France; third, a paper on gender and genius in the letters of the sculptor Camille Claudel. I have been invited to present papers and presentations on these research findings at conferences and seminars in Warwick, Oxford, London, Paris, Mexico City and elsewhere.

In March 2015 I was awarded a British Academy Rising Star Engagement Award to fund and facilitate a series of events on the subject of 'Addiction and Culture since 1800'. This research network has resulted in the publication of a sole-edited book, Prohibitions and Psychoactive Substances in History, Culture and Theory, published with Routledge in 2019.

I welcome enquiries from potential MA and PhD students looking to work in my area of research specialism.

I also have three years of secondary-school teaching experience in the state and private sector.

BA, MA (Manchester), Licence ès Lettres Modernes (Bourgogne), D.Phil (Oxford). I have also completed the Warwick PCAPP qualification (Postgraduate Certificate in Academic and Professional Practice) and I am a Fellow of the Higher Education Academy.

I am also available to meet at other times by appointment. Please email me if you would like to schedule a meeting. I will always be in my office during the time slots above, so you can drop in or call me on Teams (no need for an appointment).

I am also available to contact by phone any time during normal office hours (Monday to Friday, 9am-5pm)

FR121 The Story of Modern FranceLink opens in a new window 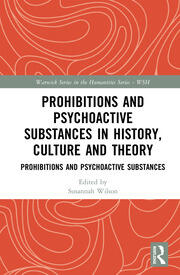 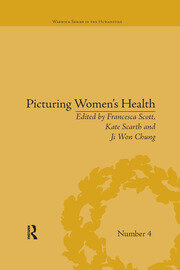