Colleagues in the School of Modern Languages and Cultures were deeply saddened to hear of the death of Keren Brody in December. Keren joined the School of Modern Languages and Cultures in 2014 and graduated in 2018 with a first-class honours degree in French Studies. During her time at Warwick, Keren proved herself to be an excellent student: she was intellectually curious, critically minded, and always willing to speak up. She was a self-assured young woman who effortlessly combined maturity and good humour. Alongside her studies, she worked part-time, enjoyed sporting activities and socialising, and was active in various societies, including the French department’s Franco-débat team, which went on to win the U.K. Francophone debating final in 2018. In her debating performances just as in her ordinary conversation, she was full of zest and quick humour. In her final year, Keren was determined to pursue a career as an interpreter and was full of enthusiasm for the future. Colleagues who taught her and mentored her are grateful to have known such a vibrant and gifted young woman. Our thoughts are with Keren’s family and all of those closest to her at this difficult time.

Support for students and staff affected by this tragic news is available via the Wellbeing Support team (Wellbeing@warwick.ac.uk). 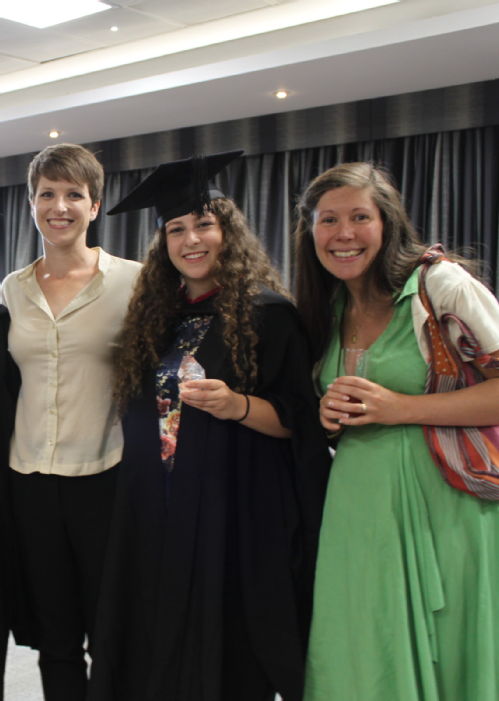 Keren Brody, who graduated with a first-class degree in French Studies in 2018 and who tragically died in December 2018, pictured here on graduation day with colleagues from French Studies (Dr Emma Campbell, Keren's Personal Tutor, and Dr Margaux Whiskin).