An update from Kate Astbury, head of School on the situation regarding term 3, with help from her daughter Emma for the arty shots of campus and the moral message.
Mon 12 Apr 2021, 12:43 | Tags: Postgraduates, Wellbeing, Undergraduate, SMLC News, Campus Update

The Association for the Study of Modern and Contemporary France announced today the appointment of its new Editorial Team to lead the future development of the journal Modern & Contemporary France, now in its fifth decade, two of whom are based in French Studies here in the School of Modern Languages and Cultures:

Modern & Contemporary France is an internationally prominent peer-reviewed journal, offering a scholarly view of France from 1789 to the present day. It is a multi-disciplinary journal, drawing particularly on the work of scholars in history and in cultural, literary and post-colonial studies, in film and media studies and in the political and social sciences.

Oliver and David are looking forward to taking over from the current team in September.

New flagship programme which brings you a wide range of cross-departmental undergraduate modules with a multi-focal and interdisciplinary approach and study alongside students based in other leading international universities.

Oliver Davis has published a new article on the work of philosopher Peter Sloterdijk, as part of a special issue of Angelaki on Sloterdijk, edited by Patrick Roney and Andrea Rossi. 'Anthropotechnical Practising in the Foam-World' can be accessed here. Abstract: I begin by acknowledging the profusion of Peter Sloterdijk’s published work, the suggestion by Bruno Latour that it may be on the side of design, and Sloterdijk’s pugnacious aversion to professorial critique. I focus on what I consider to be the crucial and vexed relationship between the general immunology of the Spheres trilogy [1998–2004] and the general ascetology of You Must Change Your Life [2009]. I present an analytical reconstruction of Sloterdijk’s account of originary spheric being-with in the trilogy, focused on its culmination in the foam-world; I suggest this account is too ambiguous on key matters of basic ontological structure and I question whether the foam metaphor is adequate as a description of intersubjectivity today. Against the backdrop of this discussion I consider whether the general ascetology of Sloterdijk’s second anthropotechnics involves practising in, or practising on, the shells of symbolic immunity and conclude the latter. Setting this alongside the trilogy’s insistence that cells in the foam are “co-fragile,” I argue that anthropotechnical practising in the foam-world is suffused with a violence which Sloterdijk is reluctant to theorize. Registering one significant undeclared context of his discussion of self-enhancement, in postmodern management theory, I suggest that successful anthropotechnical practising in the foam-world requires the capacity to ignore other people and their interests. I note that Sloterdijk’s one-eyed embrace of competitive self-enhancement in You Must Change Your Life has since been qualified in brief remarks in What Happened in the 20th Century? [2016] but not substantively reconsidered. In conclusion, I pay tribute to the anthropotechnical lesson of Sloterdijk’s theoretical project, notwithstanding its design flaws and continuity errors.

Explore… is a series of seminars run by and destined for postgraduates, visiting researchers and early-career researchers in the School in Modern Languages and Cultures. The seminars are slanted towards professionalising skills and career development. The first event of the series will take place on 28 January 2021 at 4-5 PM, Digital Humanities, Digital Cultures. With Stefano Milonia (WIRL-Cofund Fellow, Institute of Advanced Study, Warwick) and Steve Ranford (Senior Academic Technologist, IT Services, Warwick). Chair: Mary Jane Dempsey (Romance Studies, Warwick/Cornell)

With the student voice being so important to the educational experience, we wanted to regularly highlight some of the great work that is happening in SSLCs across the University. This is why we launched the Transforming Education Spotlight - a termly celebration of the people who are dedicated to the student voice at Warwick.

"In extending the discussion about postsecularities to hitherto neglected media, the increasingly self-reflexive nature of what we are calling postsecular art becomes apparent—and this is of particular interest to us in this volume. Working in the early twenty-first century, the writers, jazz musicians, TV directors, producers, and performance artists whose work we discuss appear to be thinking quite explicitly about not only how religion has returned to inflect and complicate their artistic visions but also how their art can comment upon and shape renewed perceptions of religion and religious experience. They show how aesthetic practice itself can constitute a postsecular stance, thus inviting a corresponding stance on the part of researchers."

The edition also carries an article by Reader in French at Warwick, Dr Douglas Morrey.

Read the articles and introduction to the special edition here.

Raquel Navas, Teaching Fellow in Hispanic Studies, has been awarded with the 𝗔𝗦𝗘𝗟𝗘 (Asociación para la enseñanza del español como lengua extranjera) 𝟮𝟬𝟮𝟬 𝗥𝗲𝘀𝗲𝗮𝗿𝗰𝗵 𝗣𝗿𝗶𝘇𝗲 𝗳𝗼𝗿 𝗕𝗲𝘀𝘁 𝗠𝗔 𝗧𝗵𝗲𝘀𝗶𝘀 for her work on Linguist Landscapes as a tool to promote connections with the target language and culture. This award recognizes the best dissertation of the year and will publish Raquel's work in 2021. 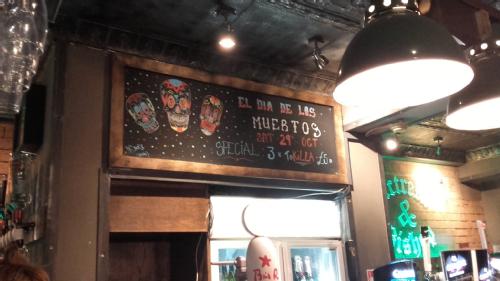 Dr James Hodkinson publishes a major volume surveying the position of German language culture in academia and beyond.

Over several years, working with Dr Benedict Schofield (KCL) James Hodkinson has curated an important volume of essays that asses the state of German Studies in education, but also in the worlds beyond it. Published by Camden House (Boydell & Brewer), James has written a blog reflecting on the book and its relevance. Read the entry here!

The account of bureaucracy under neoliberal capitalism which I present in this article, under the innocuous heading it prefers to use to describe itself (‘governance’), draws together recent critical work by the late David Graeber, Wendy Brown, William Davies and Pierre Dardot and Christian Laval, which it repositions in relation to Jacques Rancière’s conception of the ‘police order’. I suggest that the massive production of insecurity by proliferating bureaucracies which structure neoliberalism’s project of competitive hierarchisation creates the ideal conditions for a vicious circle of securitarian inflation. To read the full article click here

video message for students returning from the year abroad

The hope is that it will allow languages alumni to share their experiences of professional life after Warwick with fellow alumni and to offer advice and tips to current students. Join now!

Head of School Kate Astbury has an end of term message for finalists. You can listen to it here: https://warwick.ac.uk/fac/arts/modernlanguages/news/img_5704.mp4

We'll provide details of a virtual celebration of the end of term and of degree results in due course.

Stay safe, stay in touch and have a good summer.

Head of School Kate Astbury has an end of term message for intermediate-year students. You can listen to it here: https://warwick.ac.uk/fac/arts/modernlanguages/news/img_5703.mp4

We gathered together some ideas for keeping up language learning for our offer holders but many work for more advanced linguists too - take a look: https://warwick.ac.uk/fac/arts/modernlanguages/applying/offerholder

Stay safe and have a good summer.

Head of School Kate Astbury has an end of term message for first years. You can listen to it here: https://warwick.ac.uk/fac/arts/modernlanguages/news/img_5702.mp4

We gathered together some ideas for keeping up language learning for our offer holders but many work for more advanced linguists too - take a look: https://warwick.ac.uk/fac/arts/modernlanguages/applying/offerholder

We'll provide more suggestions of preparatory reading for year 2 in due course.

Stay safe and have a good summer.

Professor Jim Shields made appearances on France 24 television to discuss President Macron’s pension reform plan, the nationwide strikes in protest and the battle for public opinion over these contentious reforms.