We are delighted to announce that the Department of Politics and International Studies (PAIS) at the University of Warwick is ranked 4th out of 80 UK Politics Departments in The Times/The Sunday Times Good University Guide 2021. This prestigious league table also places us 1st in the Russell Group for both ‘teaching quality’ and ‘student experience’.

Professor Nick Vaughan-Williams, Head of PAIS, commented: “Congratulations to all on another outstanding outcome. Our winning formula for success means that we enjoy a consistent appearance at the very top of all major national league tables. Students and staff know that PAIS is a special Department in which every member of the community is supported to find their own voice and reach their full potential. Such consistency and high levels of support are arguably more important than ever as we face these turbulent times together”.

Dr Justin Greaves, Director of Student Experience and Progression, commented: “This is brilliant news for the PAIS Department and all our students, alumni, and staff. It follows our great success in the 2020 National Student Survey (NSS) where we were 1st or 2nd in the Russell Group in 6 categories, including 1st for overall student satisfaction. These consistent results are a testament to the hard work and brilliance of everyone who works and studies in PAIS, along with our ethos as viewing students as partners, producers, and collaborators, and valuing and acting on student feedback. I look forward to working with our incoming and returning students to ensure that the PAIS Department continues to go from strength to strength. Congratulations everyone”!

Thank you to all our students and staff for PAIS' continued success.

Overall the University of Warwick is ranked 10th.

Zig Layton-Henry (BA Birmingham, PhD Birmingham), Emeritus Professor of Politics at the University of Warwick, was born on 28 August 1942 to a Polish father and Scottish mother. In 1968, Zig joined what was then the Politics Department at Warwick. Zig’s initial research was on youth movements in political parties. His key contribution, however, was in the field of race in British politics where he was a scholar of very significant national and international standing.

Zig developed an acute understanding of governmental policies and their effects upon Black and ethnic minority communities in England. Despite his outstanding contribution to the understanding of race relations in British politics, Zig was always very modest about his work. He published a number of well received books – such as The Politics of Race in Britain (George Allen & Unwin, 1984) and The Politics of Immigration: Race and Race Relations in Post-War Britain (Blackwell, 1992) – co-edited the leading book series in that area, and supervised doctoral students. Zig also led and reenergised the Warwick ESRC Centre for Research in Ethnic Relations, particularly encouraging young scholars to participate in its work, attracting prestigious overseas scholars to Warwick and running a number of high-profile academic and policy-related events.

Zig was always very popular and extremely well appreciated among the doctoral students he supervised. Several kept in touch with him over the years after their successful completion, even to the extent of inviting him to their home country to give guest appearances. Colleagues across the institution remember him as ‘a global superstar’, ‘collegial’, ‘a true gentleman’, and, first and foremost, a ‘very decent person’.

Shirin Rai, Professor of Politics and International Studies at Warwick, commented: ‘Zig was a kind and generous colleague, with a gentle manner and good humour, but his political commitment to race equality was however fierce and steadfast’.

William Paterson, former Chair of PAIS and now Honorary Professor of German and European Politics at Aston University, said: ‘Zig was a good scholar and an excellent person -he played a key role at an important juncture in the history of the Department’.

As PAIS continues to enjoy sustained success across education and research, we remember and celebrate the life and contribution of a founding figure and one of our most distinguished colleagues.

If you knew Zig and are affected by this news, there is a range of University support available to all staff and students. The Wellbeing Support Services website https://warwick.ac.uk/services/wss gives more details about support available, or you can contact the team on 024 76 575570, ext. 75570.

Šádí Shanaáh has given a presentation followed by a Q&A to the government’s Commission for Countering Extremism. He presented the results of his doctoral research entitled “Under Pressure: Muslims’ Engagement in Counter-Extremism” and engaged in a discussion about the lack of robust empirical evidence regarding the perception of counter-extremism and counter-terrorism policies by UK Muslim communities and the lack of research into the attitudes, motivations and work of Muslims who are active in addressing Islamist extremism.

The Commission’s tweet about the event is available here:

The first annual report for the Warwick Interdisciplinary Research Centre for International Development (WICID) has been published.

The main take away points from the report are:

The full report can be read here. 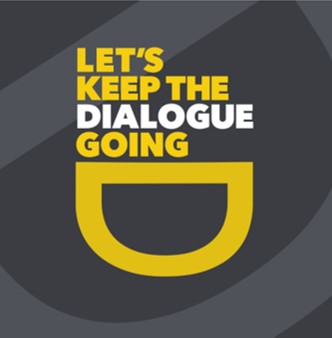 The Department of Politics and International Studies (PAIS) is delighted to announce that we have reclaimed our place as number 1 for overall student satisfaction in the Russell Group in the 2020 National Student Survey (NSS). *

Other highlights amongst our Russell Group peers include:

With 5 years in either 1st or 2nd place on overall student satisfaction amongst the Russell Group, these results demonstrate our partnership with the student body and our sustained commitment to the student experience.

In the 2020 NSS our BA Politics degree received 95% overall satisfaction. Across all programmes with which we are involved - both single and joint honours - we achieved 88%. The Russell Group average for Politics was 79.65%.

These impressive outcomes are due to an outstanding team effort among our fantastic students, academic and professional services colleagues and demonstrate a partnership which we are extremely proud of. Thank you to everyone for all your hard work and support for our teaching and student experience in which has been a very challenging year for all concerned.

We look forward to continuing to work in partnership with our amazing students and dedicated staff to sustain and build on these strong results, which reflect our deep commitment to research-led teaching excellence. At the start of the new academic year we will feedback in greater detail to all students and we will discuss and take forward ideas for further enhancement of the PAIS student experience via our Student Staff Liaison Committees (SSLCs).

In particular, we will intensify our work on liberating and decolonising the curriculum and building a sense of community and belonging. We will support and promote student wellbeing and work with partner Departments to ensure continued excellence across all programmes, in particular joint degrees.

*See the Office for Students website for more details and the full data. The results are based on the official Common Aggregation Hierarchy (CAH) subject breakdowns and the 20 Russell Group institutions which met the publications threshold for Politics.