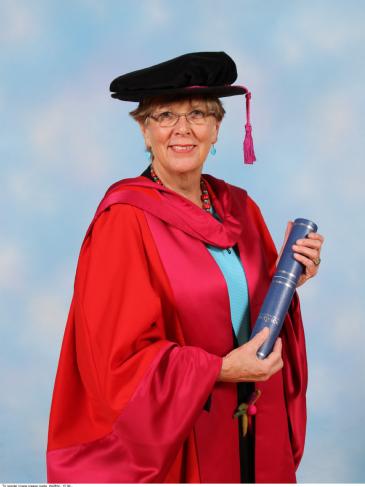 Prue Leith is a novelist who has also been a food writer, television presenter, cook, caterer, teacher, businesswoman, journalist, charity worker - and now the University of Warwick Honorary Graduate is hotly tipped to be joining the Great British Bakeoff.

Awarded in 2014 in recognition of her distinguished career, Prue spoke with the University about the ceremony and her life - listen to the interiew here.