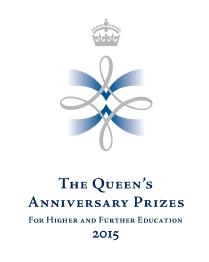 The University of Warwick has been awarded a Queen’s Anniversary Prize for Higher & Further Education for its research in Mathematics and Statistics and the impact and application of that research to solve global challenges. The award was announced at a ceremony at St James’ Palace in London on the evening of Thursday, 19th November 2015.

The Queen’s Anniversary Prizes are awarded every two years to universities and colleges who submit work judged to show excellence, innovation, impact and benefit for the institution itself and for people and society generally in the wider world. The Awards Council of the Royal Anniversary Trust recommend the entries judged deserving of a Prize to The Queen, on the advice of the Prime Minister.

“It is particularly pleasing to be awarded this Royal prize in the year Warwick is celebrating its 50th Anniversary. The very first students to study and research at Warwick were mathematicians and in the fifty since years our mathematics and statistics research has become an intellectual powerhouse with a world-wide reputation for excellence and impact.”

Jo Johnson, Minister for Universities and Science says: “The UK is a world leader in science and research and The Queen’s Anniversary Prizes celebrate the achievements of our universities and colleges. The outstanding academics recognised with these awards bring benefits to the everyday lives of millions of people in the UK and deserve this high honour for their work.” 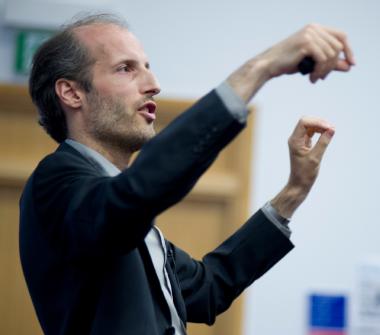 Kieran Poynter, Chair of The Royal Anniversary Trust says: “The Prizes in this biennial round again illustrate the variety and quality of innovative work being done in our universities and colleges. They encourage our institutions to think about what they are doing in terms of practical benefit as well as intrinsic quality. The work being recognised combines a track record of outstanding achievement with the promise of future development.”

Mathematics and statistics research at Warwick has had impacts across government, health, the legal system and industry. Examples include modelling the spread of infectious diseases, estimating life expectancy of victims in high profile legal damages cases and modelling risk within the finance and other industries.

ABOUT THE ROYAL ANNIVERSARY TRUST

The Royal Anniversary Trust was established in 1990 as a registered charity. Originating with an idea of Sir Robin Gill's, the Trust was conceived as a mechanism through which the nation could mark, during 1992, the 40th anniversary of The Queen's accession and express its gratitude for her 40 years of service as Head of State. The Trust had four main objectives:

Peter Dunn, Director of Press and Policy, University of Warwick