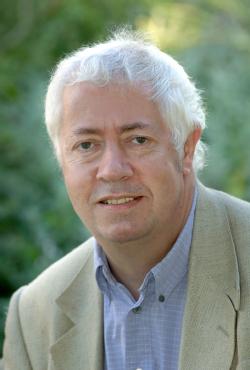 A major investigation into the role of elected mayors in local government in the UK is launched on Monday, November 21, 2011 by the University of Warwick, less than a week after the Localism Act passed into law.

The Warwick Commission on elected Mayors and city leadership will set out the challenges and opportunities presented by the government's proposals to introduce elected mayors in core cities in England over the next two years.

The Commission will answer the key question: “What is the role of elected mayors in providing strategic leadership to cities?”

It will also, crucially, examine whether and how the mayoral model has improved the lot of cities in terms of economic prosperity and the well-being of citizens.

Drawing on examples of elected mayors from around the world, the Commission’s researchers have already visited cities in New Zealand, Australia, Canada, the US and Europe.

The Commission’s first meeting and formal launch, on Monday, November 21, at 5pm at the County Hall Marriott, Westminster in London, comes less than a week after the Localism Act received Royal Assent, paving the way for referenda on elected mayors in 11 cities in England.

Further commissioners will be announced soon.

“The debate on elected mayors in the core cities themselves has perhaps concentrated too much on the individuals who may put themselves forward, rather than the potential impact – or otherwise - of this major change.

“Now that the Localism Act has gained Royal Assent, the Warwick Commission wants to bring true academic rigour to the debate, particularly as voters in the core cities will decide whether or not they want elected mayors in referenda less than six months from now. While it is up to voters to decide whether they want elected mayors or not, should they chose to have them then this Commission will provide a rigorous analysis of the what governance arrangements will help those mayors to be as effective as possible in delivering what voters want.”

“The government has also very clearly said it is down to the cities and the mayors themselves to make the roles fit around unique local needs, so the debate about specific powers needs urgently to be driven up the agenda.”

“We will examine the evidence from around the world, and with the guidance of the Commissioners, set out what we believe will be the potential impact of the change on the core cities. We will also look beyond the referenda and the mayoral elections themselves, by making recommendations as to how cities could move forward under the new governance models – if those are what they choose.”

“We will also set out very clearly what dangers there are in moving away from existing models of city leadership.”

This is the third Warwick Commission, and will aim to repeat the success of its predecessors in influencing public policy in specific fields. The previous Warwick Commissions covered ‘International Financial Reform’ and ‘World Trade’. The latter made recommendations on the future of the trade system that were incorporated in the biggest review of Australian trade policy in almost twenty years.

At their first meeting today, the commissioners reviewed evidence gathered already by researchers who have interviewed mayors across the world, including Sir Peter Soulsby, who became the first elected mayor of a core city when Leicester pre-empted the changing legislation earlier this year.

The Commission aims to report formally on its first phase in March 2012, but is likely to publish interim findings as it progresses. It will also submit a formal response to the government’s current consultation on the potential powers of elected mayors.

It is hoped that further reports will cover the impact of any elected mayors under the new system and provide more detailed recommendations.

As well as gathering evidence and case studies from examples of existing elected mayors, the Commission welcomes submissions from organisations and individuals with a view on the impact of elected mayors on city leadership in the UK. It will be launching its public consultation phase in January.