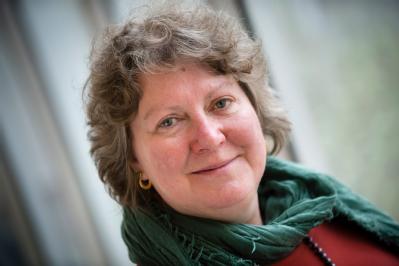 Leading physicist Professor Sandra Chapman of the University of Warwick has been awarded the 2022 Chapman Medal from the Royal Astronomical Society (RAS) for ‘paradigm shifting’ research into the physics of the solar wind and magnetosphere, our near-earth plasma environment.

Each year the RAS recognises significant achievement in the fields of astronomy and geophysics through these awards, encompassing different types of talent from research to education and outreach. The announcements were made at the Ordinary Meeting of the Society held on Friday 14 January 2022.

Professor Sandra Chapman of the University of Warwick Department of Physics said: “It is an honour to walk in Sydney Chapman’s footsteps. Although I am not related, as a young scientist, I was often asked if I was his granddaughter. Instead, we are related through the desire to pioneer new ideas.”

Professor Chapman leads the Centre for Fusion, Space and Astrophysics at the University of Warwick, and works on problems in non-linear physics in solar system and laboratory plasmas and more widely. Her recent work has included constructing networks to parameterise the ground effects of the Northern Lights, using historical data to quantify the risk of extreme space weather events, and the creation of a ‘sun clock’ to quantify their solar cycle dependence.

Professor Chapman has pioneered a paradigm shifting concept- that planetary magnetospheres behave as truly multi-scale, coupled, dynamical systems. She showed that as a consequence, the earth’s magnetosphere releases energy in a bursty and unpredictable manner, with implications not only for our fundamental understanding, but also for space weather risk. The award also recognises Professor Chapman’s research on fundamental non-linear multiscale processes in space environments, including turbulence, shock physics, and energy release in magnetic storms. This research is now shaping current areas of research with multi-spacecraft space missions such as the Magnetospheric Multiscale Mission and Cluster.

Professor Emma Bunce, President of the Royal Astronomical Society, comments on this year's awards and winners: "I’m delighted that through our awards and medals, we continue to recognise the wealth of talent in the fields of astronomy, geophysics and space science. Our award winners continue to inspire us year after year by uncovering the mysteries of the Universe and the world around us, and encouraging others to do the same. My congratulations to all the winners of our 2022 awards!"