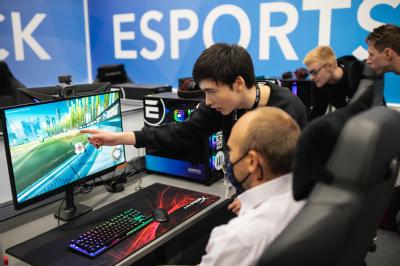 Students at the University of Warwick have once again fought off competition to retain their number one status for esports for the fourth year running.

More than 100 universities have been battling it out over the academic year to claim the title of Esports University of the Year in the British University Esports Championship (BUEC), which is run by NSE (National Student Esports).

In partnership with British Universities and Colleges Sport (BUCS), the National Governing Body of university sport in the United Kingdom, BUEC is the official esports competition of UK universities with one university dominating the space for the past four years.

Esports University of the Year for 2021/2022 is the University of Warwick. Last year Warwick spent more than a quarter of a million pounds on its own esports centre on campus, the investment came after the university had won BUEC for the previous three years and they realised the benefits for current students as well as attracting future student admissions. Their investment has then brought in additional funding for the University to deliver life-changing esports learning experiences for the wider community.

Impressively, Warwick had five teams playing in the nine championship finals, the best the university has ever done in terms of team placement. Not only does Warwick have many teams competing, but the teams themselves also perform exceptionally well.

Caitlin ‘Kat’ Emery, current President of Warwick Esports, said: “I am absolutely thrilled we have held onto our number one status for another year, but this success means so much more than that. Our society has seen immense growth in the last year and our community continues to attract the very best that student esports has to offer. I'm so incredibly proud of how friendly and welcoming Warwick Esports is and this award is an example of where positivity and inclusivity can take you. I'm so happy to see it thrive and I can't wait to continue this growth and secure the 5th year at the top!” 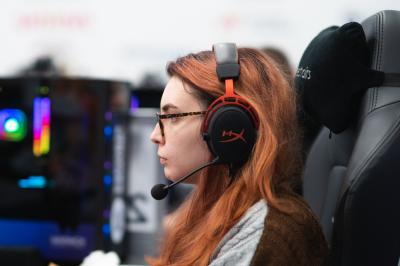 The University of Warwick topped the points table with a staggering 4,036 points, over 1,000 points ahead of their total from last year when they earned 3,027 points. Loughborough University, famous for being one of the universities that dominate the BUCS table in traditional sports, has recorded their best ever performance, placing second overall this academic year. In previous years, Loughborough has often finished in the top ten but time will tell if they could become a rival for Warwick in the future.

Joshua ‘Phos’ Mankelow, Former President of Warwick Esports and President for the competition's duration, said: “This year’s win represents another huge accomplishment from every member of our organisation. Every team that we entered into NSE tournaments and every event that was run by our community helped add to this staggering point total. Every single one of our members should be proud of their contribution to Warwick Esports and our status as the UK’s best.”

Jack Fenton, Head of Esports at the University of Warwick, said: “I'm continuously impressed by the professionalism and desire that Warwick has in everything esports. This fourth title is a credit to the culture of inclusivity, progression, and innovation that Kat and Phos have worked so hard to cultivate over the last two years. I've had the privilege of seeing some of these teams training for hours upon hours, pushing themselves and asking 'what next?' to me, each other, and all around them. I'm so lucky to be able to support and be part of this journey. I can't wait to see what they do next.”

Seeing considerable growth throughout the past year with almost 1,000 matches being played each week, BUEC continues to be one of Europe’s largest organised esports competitions and is the UK’s most active grassroots gaming community in the country.

The BUEC season culminated with the spring finals, which ran for two days on the 16th and 17th of April at Insomnia, the UK’s largest gaming festival, in the Birmingham NEC. NSE had their own University Esports section inside the BYOC (Bring Your Own Computer) hall including a stage for the finals to take place on, a spectator area for anyone to watch, and a dedicated NSE BYOC space for students to play all weekend.

“BUEC is forever growing and it’s great to see new teams and universities enter into the top five in the Championship, as well as new tournaments like Halo. Getting the student community together at Insomnia after two years of not being able to put on live events was really special, seeing everyone together and forming new bonds between universities and more opportunities to socialise was awesome to see.

“Huge congratulations are in order to the University of Warwick and Warwick Esports, they’re a testament to the university backing their esports offering and it’s good to see investment and recognition from the university themselves after the teams doing so well over the last few years.”

There has been fierce competition right across the UK with the regional rivalry hotting up. The standings of the Best Regional Esports Universities for Season 2021/2022 are:

NSE (National Student Esports) was established in 2018 through partnership with British Universities & Colleges Sport (BUCS), the governing body for university sport, to support the growth of esports within the higher education sector.

NSE operates the British University Esports Championship, the official esports competition of British universities, and in 2020 the competition saw over 2,100 teams from 100 universities compete across a number of esports titles, with approximately 70% of participants enrolled on a STEM course. As the official body of university esports in the UK, NSE has established itself as a key figure in the UK esports industry with the most active grassroots gaming community in the country. NSE works with major publishers including Nintendo, Riot Games, and Ubisoft and has long-term successful partnerships with Barclays, Intel, Monster Energy and PCSpecialist.