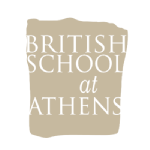 The British School at Athens (BSA) have created a Resource Pack for GCSE Class Civ The Homeric World, collecting together a unique collection of images that come from the Archive of the BSA. The BSA is a research institute founded in 1886 that leads, co-ordinates and facilitates research in Greece and the surrounding lands. Much of this work is archaeological, and the BSA has been at the forefront of many important archaeological discoveries over the last 130 years.

Follow the link to explore this online treasure and to discover more about Greek myth and religion as the evidence was uncovered.

And new from the BSA, a collection of videos using unique material from the BSA archives. Enjoy!

Another video and activity that might be of interest is Dr Anna P. Judson speaking about her research at the British School at Athens on how the clay tablets, used to write records in the Linear B writing system in Bronze Age Greek palaces, were made. Suitable for use by teachers with the accompanying activity sheet for students to make and write their own Linear B tablet. Worksheet: How to make a Linear B tablet

Melvyn Bragg and his guests discuss the Trojan War, one of the best known events of Greek mythology.
[Source: BBC Radio 4 - In Our Time]

According to the traditional version of the story, the war began when a Trojan prince, Paris, eloped with the Spartan queen Helen. A Greek army besieged Troy for ten years before the city was finally overrun and destroyed. Some of the most familiar names of Greek mythology are associated with the war, including Achilles and Hector, Odysseus and Helen of Troy - and it has also given us the story of the Trojan Horse.The war is the backdrop for Homer's epic poem The Iliad, and features in many other works from classical antiquity. For centuries it was assumed to be a mythical event. But in the nineteenth century a series of archaeological discoveries provided startling evidence that Troy might really have existed, leading some scholars to conclude that there could even be some truth behind the myth. So does the Trojan War story have any basis in fact? And why has it proved such an enduring legend?With:Edith HallProfessor of Classics at King's College LondonEllen AdamsLecturer in Classical Art and Archaeology at King's College LondonSusan SherrattLecturer in Archaeology at the University of SheffieldProducer: Thomas Morris.