I am a historian of Soviet foreign policy with a particular interest in Warsaw Pact interactions with the African elites. I am currently working on a monograph, titled "Cold War Liberation: The Soviet Union and the End of the Portuguese Empire in Africa, 1961-1976”. Based on Russian, East and Central European archival sources, as well as interviews with key protagonists, the manuscript explores the roles of African and Soviet agency during the anti-colonial wars in the Portuguese colonies and the transformation of the conflict in a Cold War hotspot.

Development and the End of the Cold War. My current research project, sponsored by the British Academy, seeks to investigate the political economy of the Soviet Cold War in Africa between 1974 and 1991. It focuses on Soviet development assistance in Africa and on how Moscow’s experience of engagement with modernisation and state-building of key allies in the region such as Ethiopia, Angola and Mozambique affected not only the Cold War in Africa, but also debates about reform in the Soviet Union. It is preliminary titled 'Winning the Development Endgame: The Political Economy of Soviet Cold War in Africa, 1974-1991'. In addition to economic development, I investigate the role of Soviet and Eastern European military and intelligence training on violent non-state actors.

Espionage and Secret Intelligence in Africa. I continue to investigate the history of Soviet and Eastern bloc intelligence operations in Africa. My forthcoming article for the Journal of Cold War Studies focuss on Soviet and Czechoslovak attempts to launch a counter-coup in Ghana. In 2017-2018, I have participated in conferencs in Moscow and Chicago, where I explore the link between the Czechoslovak intelligence and anti-colonial movements in Lusophone Africa. With this project, I focus on the impact of human intelligence on the Cold War and investigate how methods used by secret agencies affected the construction of the security state in post-independent Africa. I am presenting my findings in March 2018 at the Contemporary History Institute, University of Lisbon.

'Cold War on the Cheap: Soviet and Czechoslovak Intelligence in the Congo, 1960-1963' in Philip Muehlenbeck and Natalia Telepneva, eds, Warsaw Pact Intervention in the ‘Third World’: Aid and Influence in the Cold War (London: IB Tauris, 2018).

'Our Sacred Duty: The Soviet Union, the Liberation Movements in the Portuguese Colonies, and the Cold War, 1961-1975.' PhD Thesis. London School of Economics, 2015. Open Access. 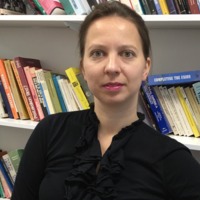