Kirsty joined Warwick in September 2012, after eight years at the University of Liverpool. Between 2012 and 2015, she was holder of a Philip Leverhulme Prize. In 2017, she was elected a Membro Correspondente of the Real Academia Galega, and in 2022 a Fellow of the Royal Historical Society. From September 2020 - August 2023 she holds a Leverhulme Major Research Fellowship for the project Hispanic London: Culture, Commerce and Community in the Nineteenth-Century City.

Kirsty is a specialist in Spanish, Anglo-Spanish and Galician cultural history since 1800. Her particular interests include the global nineteenth century, mobilities, genealogies, and microhistories.

Click here to watch me give a lecture on British tourists in Galicia for the Instituto Cervantes!Link opens in a new window 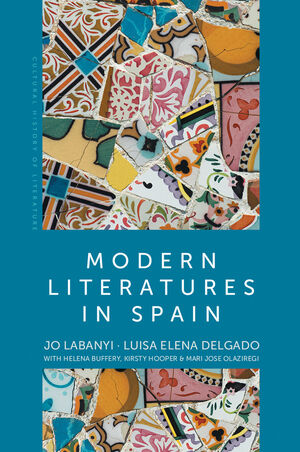 Jo Labanyi and Luisa Elena Delgado provide the first cultural history of modern literatures in Spain. With contributors Helena Buffery, Kirsty Hooper, and Mari Jose Olaziregi, they showcase the country’s cultural richness and complexity by working across its four major literary cultures – Castilian, Catalan, Galician, and Basque – from the eighteenth century to the present. Engaging critically with the concept of the “national”, Modern Literatures in Spain traces the uneven institutionalization of Spain’s diverse literatures in a context of Castilian literary hegemony, as well as examining diasporic and exile writing . The thematically organized chapters explore literary constructions of subjectivity, gender, and sexuality; urban and rural imaginaries; intersections between high and popular culture; and the formation of a public sphere. Throughout, readings are attentive to the multiple ways in which literature serves as a barometer of cultural responses to historical change. An introduction to major cultural debates as well as an original analysis of key texts, this book is essential reading for students and scholars with an interest in the literatures and cultures of Spain.

I'm currently on leave; please email for an appointment.

HP310: Spain and the Philippines at Empire's End