This module will equip you with an understanding of the cultural and sociolinguistic diversity of the Hispanic world, and a strong grounding in the literary and cultural analysis of texts that address this diversity.

- The module has three sections

I. Spanish in the world: In the first half of the course, we explore the different varieties of Spanish spoken around the world, along with some of the principal languages that share its territory. The course intends to give theoretical foundations of sociolinguistics, always focusing on Spanish speaking groups and the study of language and society. General topics include linguistic identity, language contact, language attitudes, policy and planning, linguistic landscapes, and social factors in Spanish language acquisition. You will gain a solid foundation in these linguistic concepts and be able to apply them to examples from the Hispanic world.

II. National and gender identities across cultural borders: In the second part of the course, we will read a variety of texts that negotiate national and gender identities across linguistic and cultural borders, with a focus on those that travel between non-hegemonic Hispanic contexts and the Anglosphere. Writers we will look at include 19th century Galician author Rosalía de Castro, whose prose in Spanish has been translated and retranslated into English since the late 1990s, and contemporary author Trifonia Melibea Obono, the first ever woman writer from Equatorial Guinea to enter the English-language book market with the publication in 2018 of the award-winning translation of her groundbreaking novel La Bastarda (translated by Lawrence Schimel).

This section of the module will examine artistic responses to the golpe de estado which occurred in Chile on 11 September 1973 and led to General Pinochet’s violent dictatorship. Approximately 2000 people were disappeared in Chile, and up to 200,000 we were forced into exile in almost 40 different countries across the world. Many Chilean writers, performers, intellectuals and academics were persecuted and fled. We will read some of the works which engage with this traumatic political upheaval and the resulting exile which challenged Chileans to live across languages and cultures, and thus altered their sense of identity and belonging. Working with texts by Chilean exiles to the UK and Canada, we will examine not only the surface questions of linguistic challenges and differences, but the more fundamental cultural and identarian questions of what it means to be forcibly uprooted from one’s society culture and forced to adapt to living in another. We will also look briefly at the popular music tradition which inspired a generation of Chileans at home, enriching their political protests, and sustained exiles abroad through some of the songs of Víctor Jara and Violeta Parra. We will focus on different ways of giving voice to the sentiments of suffering, exile and political indignation though the study of works in both Spanish and English.

The course is taught through a weekly combination of lecture and seminar. You will prepare for each seminar with guided research, reflection and close reading of a set text or extract. Each session combines tutor-led lecture with student-led analysis and discussion. Our focus is always on understanding the linguistic and literary structures and nuances that support advanced reading and interpretative competence in Spanish.

Read our students' posts about this module:

"Next, we moved on to what I would honestly describe as my favourite part of my studies this year: the usage of Spanish in our linguistic environment. Through the usage of a Twitter feed we were all encouraged to keep our eyes peeled for examples of Spanish in our environment. I thoroughly enjoyed this section of the module as it was interactive and provided a far deeper depth of understanding with regards to the languages of the Hispanic World and all that they entail."

"Overall, I am unable to put into words how much enjoyment I have derived from HP103; my outlook has been broadened, narrow precepts challenged and, moreover, every lecture and seminar has reaffirmed why I chose my course – it is engaging, interactive, captivating and enthralling."

Imogen, Hispanic Studies: so much more than rellena los huecos.

Assessment is designed to develop your advanced writing and analytical skills in English. Over the course of the year, you will prepare three independent pieces of work. You will have individual feedback meetings with your tutors to discuss each piece of work, and you will choose your best two pieces to revise for submission as an assessed portfolio at the end of the year.

3 x 1500-word commentaries/essays in English to be submitted during the year. Two to be revised and submitted in summative portfolio.

One 500-word reflective analysis in English. 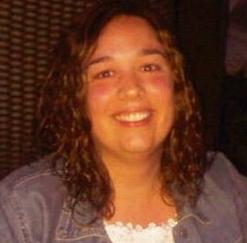