Welcome! HP105 is a chance to engage with major figures and myths from across the Hispanic world. We will explore a variety of different cultural figures, from Renaissance lovers and tricksters to Latin American revolutionaries and a trailblazer of contemporary Colombian cinema. You'll meet iconic figures from several countries and periods, and analyze a variety of different kinds of texts and films. This year's selection includes:

This section will give you an introduction to Latin American Studies through the lens of three powerful but ambivalent figures of Latin American history. We will start with Ernesto 'Che' Guevara, the key figure in the 1959 Cuban revolution, and in the emancipation of several Latin American countries during the 1960s. In week 4, we look at Rigoberta Menchú, a female Bolivian activist who received the Nobel Prize in 1992, sparking a controversy that is still felt today. Our final two weeks examine La Malinche/Malintzin, also known as Doña Marina, who played a key role during Cortés's conquest of the Aztec Empire - in what is now Mexico - during the sixteenth century.

Primary texts: extracts for this section will be distributed by the tutor. Week 3 will focus on the film 'Diarios de motocicleta'.

This section will introduce you to Spain's most famous seducer, Don Juan, and to perhaps its most influential writer on the world stage, Miguel de Cervantes. We will focus on two works, beginning with Tirso de Molina’s El burlador de Sevilla, the original source for the Don Juan/Casanova figure that became popular across the world. But why would a monk write a play about an iconic seducer, and is womanizing actually the reason that Don Juan is damned? In term 2, we will read the final tale from Cervantes's collection of short stories: ‘El casamiento engañoso y el coloquio de los perros’ – a tale of the exploits of two talking dogs and the moral failings they see in humanity, apparently overheard by a hospitalized soldier whose brief marriage was a hotbed of mutual deceit. Both texts show a society obsessed with deception, but we will ask who is really caught out by these tricks - the lovers, the tricksters themselves, or the reader/audience?

Primary texts: Tirso's play is available online and in the Library; copies of Cervantes's story, and translations of both texts, will be distributed by the tutor.

Víctor Gaviria has claimed to make films with what others push aside. In this section we will explore Gaviria's seminal films Rodrigo D. No futuro (1990) and La vendedora de rosas (1997) and reflect on their position within the broader context of Latin American cinema, as well as in regards to recent internationally acclaimed Colombian film productions. In doing so we will discuss issues including the representation of urban and rural spaces, marginality, and cinematic realism. This will allow us to explore Gaviria's claim in real detail: just what is it that he makes room for in his films, which others leave out?

The seminars will require active student participation and engagement. You will watch 5 Colombian films in the programme and contribute with your own reflections.

3 x 1500-word essays to be submitted during the year, one for each section. Two to be revised and submitted in summative portfolio. 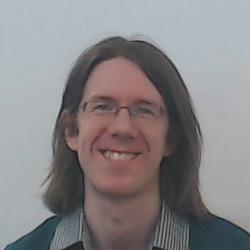