· Experts from WMG, University of Warwick have created a 3D copy of the death mask of Mary Ball, the last woman to be hung in Coventry.

The ‘Forensic Centre for Digital Scanning and 3D printing’, an innovative partnership between West Midlands Police and world-leading researchers at WMG, University of Warwick, is helping to make history more accessible to museum-goers in Coventry. 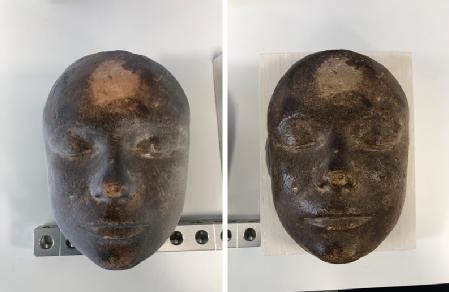 Having already established a long term relationship with WMP through ground-breaking forensic work, in which researchers from WMG apply cutting edge 3D Scanning and Additive Manufacturing technology normally used in Automotive and Aerospace industries to support Homicide investigations, researchers can use the same technology to help illustrate one of Coventry’s most famous criminal cases, that of Nuneaton housewife Mary Ball who was the last women to be publicly hung in the city, on 9 August 1849.

The WMG researchers have created a digitally-scanned 3D replica of Mary’s death mask which will go on display in a pop-up museum West Midlands Police are opening in Coventry city centre as part of the city’s year as UK City of Culture. 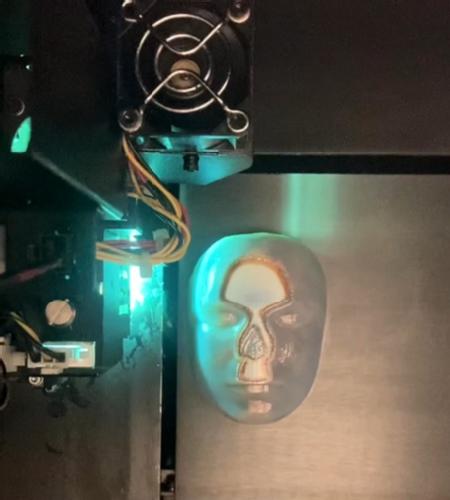 “It is a real privilege to support West Midlands Police. The opportunity to apply state-of-the technology to support murder investigations, and secure justice for victims and their families, is very exciting.

“But projects like the Mary Ball death mask are incredibly rewarding too. We’re delighted to play our part in preserving Coventry’s history and making it accessible to everyone in support of the city of culture celebrations.”

Michelle Painter, assistant director of our forensics team, approached the team at WMG to help produce the copy:

“We’ve worked with the team on many high-profile criminal cases but I knew the science could be used for other things too.

“During a visit I saw a replica the team had created of the Queen’s favourite wedding cake which had been vandalised with red paint while on display in a museum. It was incredible.

“I knew they’d be able to do justice to Mary Ball’s death mask so I asked them to help us bring her story to life for the museum.”

The replica is an exact copy of the death mask and by putting the 3D version on display, it means museum visitors will be able to touch and hold the mask, making it more accessible, especially to those who are blind or partially-sighted.

Mary Ball’s story is a sad one. She was in a violent marriage and five of her six children had died. One day when her husband Thomas came home from fishing he ate a bowl of stew and bread. He later fell ill with stomach pains and died the next day. 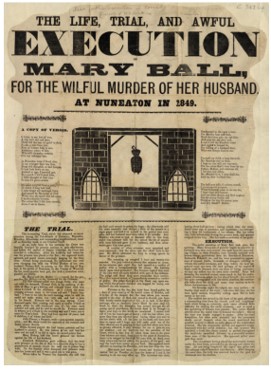 The doctor ruled he’d died of natural causes as a result of inflammation of the bowels. However, gossip spread about his death. Mary was said to have suffered enough at the hands of her violent husband and was accused of buying arsenic which she mixed with salt for the stew. A post mortem later found arsenic in Thomas’ stomach and Mary was charged with murder. She was convicted by a sympathetic jury who recommended mercy. However, they could offer no legal reason for leniency because at the time, having a violent husband was no defence. The judge sentenced her to death by hanging.

Awaiting her punishment, Mary was visited by the prison chaplain. Frustrated with Mary’s refusal to confess he held a lit candle to her arm causing blisters and burns. The governor of Coventry prison heard about the torture and dismissed the chaplain. The following day, Mary reportedly confessed. She put the change of heart down to having suffered enough already.

Mary was buried within the grounds of Coventry prison.

Corinne Brazier, West Midlands Police’s heritage manager said:
“The death mask is an incredibly emotive object telling the story of Mary Ball, a story that would have had a very different ending if it had taken place today.

“The 3D scanning process has allowed us to capture finer details of Mary’s face and might give us more of an idea of what she would have looked like.

“Whilst it might seem a bit macabre to have such an object on display, it’s an important story that needs to be told and no photographs exist of Mary to bring the very personal side of her story to life.”

The pop-up museum is due to open to the public in June.

To find out more about Coventry City of Culture visit their website.