Eco-criticism in The City & The City

A exploration into the eco-critical view of China Mieville’s ‘The City & The City’ and its impact on the psychological state of the two cities' inhabitants.

China Mieville’s The City & The City discusses the issue of the destruction of local landscapes and geography in the name of industrialisation. The theme of industrialisation could be seen as crucial to the novel as it is revealed that money and foreign investment are the motives for the murder of Mahalia Geary. This can clearly be seen within Inspector Boŕlu’s line “Doing it for Besźel, my arse: you’re just a fence for foreign bucks.”(p340, China Mieville). The harsh language employed clearly reflects the way in which the exploitation of the land causes upset and social fractures, whilst the changing cycle of the industrial success between the two cities heightens the damaging nature of industrialisation on the landscape; one place is flourishing whilst the other flounders. Eco-critics would clearly see this depiction as an example of how the urban city is destroying the harmonious geographical landscape. Greg Garrad states that “technology modifies the dynamic, both by initiating new demands, and, through changed extraction of production processes, offsetting or exacerbating scarcity”(p31) here Garrad is clearly showing the detrimental economic effects upon the land from the introduction of technology. The “[exacerbated] scarcity”(p31, Garrad) discusses can be clearly seen within Mieville’s depiction of Besźel; “As the river industry of Besźel had slowed, Ul Qoman business picked up”(p54). It can be argued that the way in which Mieville juxtaposes the imagery of the “river”(p54) with the “renovated…sites of galleries and .uq startups.”(p54) obviously depicts the destruction of nature, and natural economic resources, such as the river, in favour for the latest technological advancements. Similarly, the ebb and flow of a river can be extremely evocative of the discreet power of nature. It’s current cannot be controlled by the political desire of any government. Therefore, the motif of the river throughout The City & The City clearly highlights the latent power of the geographical landscape. It can be interpreted that the constant flow of the river, despite the industrialisation and division of land, depicts how natural landmarks retain absolute freedom, a luxury the inhabitants of Besźel and Ul Qoma do not enjoy. An eco-critic might view this as a triumphant depiction of nature, in an otherwise geographically dystopic novel. The river serves as a constant reminder of the power and freedom of nature. However, the way in which the river’s economic importance is presented within the novel as declining heightens the lowered importance of nature in the economic hierarchy of Besźel and Ul Qoma. Therefore, the presence of the river could also represent a sad reminder of the once powerful environment which has now become obsolete in the shadow of industrialisation and technology. 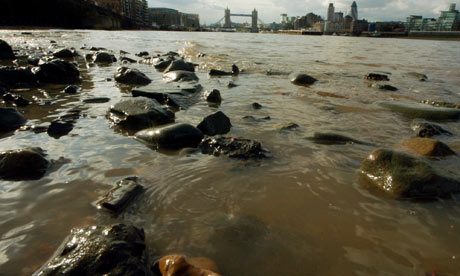 War is arguably one of the greatest destructive forces against the physical environment, eco-critics would view any form of combative destruction as an eco-critical issue as not only does it affect the geographical environment but also the psychological landscape of any inhabitants. Thus, the hostile and aggressive division of land between Besźel and Ul Qoma as a result of a war can clearly be interpreted through eco-criticism as an example of damaged ecology and psychological well-being. Within The City & The City, the use of weapons and terror is common place to ensure the obedience of Besźelian and Ul Qoman citizens. “Dhatt raised an eyebrow at him and slapped his friend yet again. Not as hard, but this time blood came out.”(Mieville, p196), the violence within the scene is directed at the social group, the Unificationists, who want to end the geographical division between the cities. An eco-critic might interpret this violence against the Unificationists as an inadvertent attack upon the physical environment, as through their violence against the activists the law enforcers are perpetuating the geographical split, thus harming the environment. The obvious manipulation of the environment and landscape to suit the political needs of the governing bodies within The City & The City can be analysed by eco-criticism as Greg Garrad states that “eco-criticism is closely related to environmentally orientated developments in philosophy and political theory”(p4). By linking eco-criticism explicitly with politics, Garrad clearly associates eco-criticism with the psychology of people; politic views and activism are a contentious and extremely personal issue. The psychological trauma of the Unificationists following Dhatt’s violence, “the unificationsits gathered around the table made various moans”(p196, Mieville) could be interpreted as depicting the detrimental ecological and psychological effects of a politicized and geographical fractured landscape.

Another area which would be interpreted as an ecological issue within China Mieville’s novel The City & The City would be the archaeological site. An excavation is an interesting topic to discuss in terms of eco-criticism as although the land is arguably being destroyed in order to benefit the modernist capitalist society, as history can be a lucrative business. However, the positive educational benefits derived from the revelation of the artefacts could counteract this opinion of archaeology as destructive. The products from the ground further our knowledge of ourselves, the history of the land is rich in educational value however these artefacts, and their value, are ignored within Besźel and Ul Qoma; “I am not a student of the Cleavage, but if I were I still would not know.”(p51, Mieville). This lack of knowledge suggests that they do not fully appreciate the artefacts as the artefacts suggest a geographical landscape that was not divided, “There are older ruins too, like the mosaic remnants in Yozhef Park. These Romanesque remains predate Besźel, we think. We built Besźel on their bones, perhaps.”(p51, Mieville). The way in which Mieville presents the political parties and the citizens rejections of the evidence of a shared history through the use of words such as “perhaps”(p51) and “we think”(p51) heightens the sense of the ecological being disregarded. Wendell Berry states that a “[human community] must build soil, and build that memory of itself…that will be its culture”(p154), the importance that he places upon soil as a means of assertaining culture and identity can be applied to the artefacts, which are taken from the soil. They are products of the soil and Berry defines culture as stemming from the soil; the artefacts are described by Nancy as displaying “the remnants of a material culture”(p181, Mieville). Thus, the active decision to disregard the products of the soil can see viewed as a major eco-critical issue that also has direct implications of the psychological sense of identity.