One fully funded doctoral studentship funded by the AHRC is available. The studentship is offered under the AHRC Collaborative Partnership programme with Imperial War Museums. The project will examine the aftermath and legacies of the Mau Mau insurgency and British counterinsurgency campaign for Kenya.

The studentship begins on 1 October 2020 and is fully funded at standard AHRC rates for 45 months full time (or part-time equivalent) with the potential to be extended for a further 3 months to provide professional development opportunities.

Applicants must be a resident of the UK or European Economic Area (EEA). In general, full studentships are available to students who are settled in the UK and have been ordinarily resident for a period of at least three years before the start of postgraduate studies. Fees-only awards are generally available to EU nationals resident in the EEA.

For full details please see: Legacies of Insurgency and Counterinsurgency: Activism and Politics in Central Kenya, 1956-75

The Midlands Graduate School open competition for studentships commencing in October 2020 is now open! Deadline for applications is Wednesday 22nd January 2020. Please note that there are several elements to the application process and applicants should allow plenty of time to assemble all the information required.

The Midlands Graduate School DTP makes an annual award of a large number of studentships to outstanding applicants across the Social Sciences. The studentships are linked to disciplinary and inter-disciplinary training pathways, and some have a built-in element of collaboration. 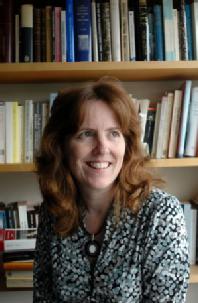 Congratulations to those History Department staff and students who are on the longlist for this year's University Staff Awards:

For the full longlist, please see the University Awards 2019 webpages.

Dr Claire Shaw (University of Warwick) is the recipient of the 2018 BASEES Women’s Forum Book Prize for her book Deaf in the USSR: Marginality, Community, and Soviet Identity, 1917-1991 (Cornell University Press, 2017). The judges, Barbara Heldt and Dan Healey, issued the following citation:

‘From the beginning of the Soviet era, the social power of the deaf, their agency and autonomy, was tied to sovietness. This statement, however, oversimplifies a complex history, which Claire Shaw explicates in remarkable detail, drawing on both published and archival sources. Her book expands the scope of our understanding of behaviours and identity in Soviet history, while also providing glimpses into the pre-revolutionary and post-Soviet eras. How deaf identity has been marked by separateness v. inclusion, the status of sign language, the dignity of work, criminality, gender and many other issues will make this landmark study a classic read.’

On Tuesday 30th October the Royal Asiatic Society of Great Britain and Ireland celebrated the life and work of the late Professor Sir Christopher Bayly FBA, with the award of the inaugural Bayly Prize and the posthumous launch of Sir Christopher’s book, Remaking the Modern World 1900-2015: Global Connections and Comparisons.

Kyle Jackson (University of Warwick) for Colonial Conquest and Religious Entanglement: A Mizo History from Northeast India (c. 1890-1920). The judges said: “This high-quality piece of historical research draws on indigenous language sources and deploys indigenous terminology to re-centre the history of North-eastern India. Dr Jackson has an eye for a good story, and the thesis is written in elegant and fluid prose, making it a pleasure to read.”

Callie Wilkinson (University of Cambridge) for The Residents of the British East India Company at Indian Royal Courts, c. 1798-1818. The judges said: “This work is distinctive because it refreshes the study of Residents and indirect rule in India by applying new historical methods to the subject. Dr Wilkinson provides us with a rich and nuanced picture of East India Company rule in the subcontinent that moves us away from the main centres of EIC power and beyond traditional subjects of historical study.​” 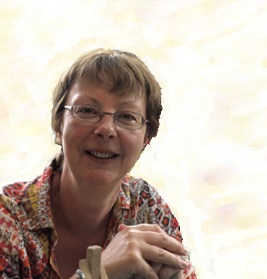 Professor Hilary Marland of the Warwick University History Department has been shortlisted for AHRC's Health Humanities Medal, a new national award led by the Arts and Humanities Research Council in association with the Wellcome Trust.

Professor Marland is one of five academics who has made the shortlist for the Leadership Award category, which recognises those who have demonstrated leadership within the field of health humanities. The Health Humanities Medal comprises five categories designed to celebrate the achievements of those who have helped to inform and transform the health and wellbeing of the nation through the use of arts and humanities research.

Commenting on the shortlisting Professor Marland, said: “This is a huge honour and I am delighted to have been short-listed for the Medal. Health humanities is an exciting field to work in and offers enormous scope to academics to combine research with public engagement.

"Working with my colleagues at Warwick, most recently on a Wellcome Trust funded project on health in prison, I have had the opportunity and support to engage in initiatives that draw on historical research to develop new ways of working with the arts, policy makers and a wide range of audiences.”