Amphibious Screens: The Sustainable Cultures of Water Seminar Series hosted by The University of Warwick

Warwick is hosting some global online seminars (Jan-April 2022) exploring how the film and TV industries in Miami, Reykjavik, Cornwall and Venice are connected to a watery sense of place, water pollution, water scarcity and water cultures.

POSTPONED - Prof Catherine Hall, ‘Being an historian – then and now’ - Wednesday 26 February

Prof Catherine Hall, ‘Being an historian – then and now’

Hosted by the Feminist History Group and the History Research Seminar

Reflecting upon her personal and political life as a feminist and postcolonial historian, Professor Hall will consider the politics of intellectual work, how ideas emerge from movements and communities, and what politically-engaged historians should be doing in the present conjuncture.

Catherine Hall is Emerita Professor of Modern British Social and Cultural History at University College London. She is known for her work on gender, class and empire in the 19th century, particularly her pioneering Family fortunes: men and women of the English middle class, 1780-1850 (new edn. Routledge, 2002) which she published with Leonore Davidoff in 1987 and Civilising Subjects; metropole and colony in the English imagination 1830-1867 (University of Chicago Press, 2002), one of the first substantive feminist histories to take up questions of race as central to the formation of modern Britain, a work influenced by black feminism. Hall published Macaulay and Son: architects of imperial Britain (Yale University Press) in 2012 and is Chair of the Centre for the Study of the Legacies of British Slave-ownership.

Professor Hall was active in Birmingham women's liberation and attended the first national women's liberation conference at Ruskin in 1970. From 1981-1997 she was a member of the Feminist Review Collective. Her journalism and scholarship most recently includes a history of the ‘hostile environment’.

Warwick and the World University Service

In the 1970s academics at Warwick were involved in bringing persecuted colleagues out of Pinochet's Chile. The Warwick Humanities Research Centre is hosting a session at 5pm on Monday 16th November 2015 in the Helen Martin Studio of the Warwick Arts Centre that will re-unite Alan Phillips, General Secretary of the World University Service, Catalina Palmer who came to the UK from Chile, and John King, Emeritus Professor of Latin American Literature, to talk about Warwick's role in this endeavour. To book your attendance at the session, please complete the online booking form.

Dame Margaret Drabble and Professor Carolyn Steedman will hold a discussion on the theme ‘Young Women at University in the 1960s and 1970s’ as one of the History Department’s Fiftieth Celebration Events on Wednesday the 14th of October, 2015. This will take place between 4:30pm and 6:45pm in the Wolfson Research Exchange. 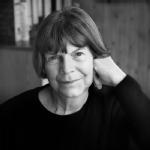 Dame Margaret Drabble is the author of eighteen novels, short stories, and many works of non-fiction, especially literary history and biography. Some of her best-known and earliest novels, including A Summer Birdcage(1963), The Millstone (1965), and Jerusalem the Golden (1967), describe the challenges, emotional conflicts and experiences of young women seeking higher education and intellectual fulfilment, but also sexuality and motherhood during the sixties. Later novels follow women like these into the new century. She has won many literary prizes, and was awarded an Honorary Doctorate of Letters by Cambridge in 2006. She was awarded a CBE in 1980 and a DBE in 2008.

Professor Carolyn Steedman FBA is Emeritus Professor of History at Warwick. She writes on the social and cultural history of the eighteenth and nineteenth centuries on concepts of class, selfhood and identity, and on law and labour. One of her best-known books is Landscape for a Good Woman (1986) about a mother and daughter becoming young women against the backdrop of twentieth-century class circumstances. Among current projects is a contribution to Miles Taylor's The Utopian Universities, about the new universities of the 1960s. 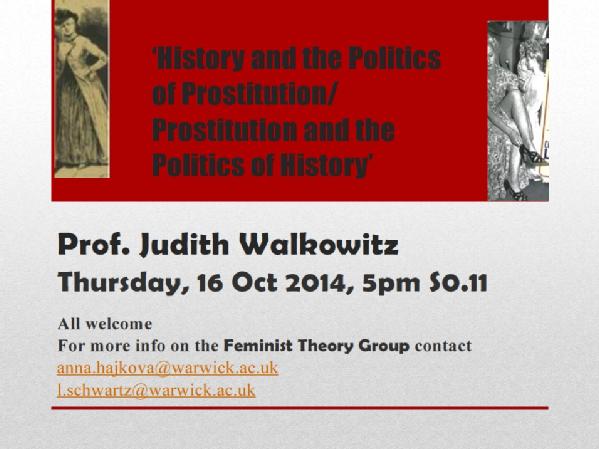 Distinguished visiting scholar Professor Jan de Vries (University of California, Berkeley) will present a special seminar for postgraduates and staff. Please go to this page to download some material to be read in advance of the seminar.

This is a joint History Dept- GHCC event.

The Department of History and the Department of Classics and Ancient History, together with the Centre for the History of Medicine and the Centre for the Study of the Renaissance, are delighted to present 'The New Vesalius', a guest seminar from Honorary Professor Vivian Nutton. The seminar will take place on Wednesday 14th March 2012 at 5pm in MS05 (Maths & Stats Zeeman Building).

Even before its appearance in print in 1543, the De humani corporis fabrica of Andreas Vesalius was regarded as marking a new stage in the understanding of the human body. Its emphasis on human dissection challenged prevailing orthodoxies, while the beauty of its illustrations has ensured its place as the most famous of all anatomy books. A second, enlarged edition followed in 1555, but little further is known about Vesalius, by now an imperial physician, until his death in 1564. The very recent discovery of his hundreds of notes for a never-published third edition, including changes to the plates as well as the text, throws new and unexpected light on his interests and activities after 1555.

As part of International Women's Week (Week 9, Term 2), Sarah Learmonth from the Coventry Rape and Sexual Abuse Centre (CRASAC) will be holding a presentation and discussion group about the myths and stereotypes surrounding sexual abuse.

We are fundraising for the centre during week 9 to help them with the amazing work they do counselling victims of sexual abuse during their time of crisis. Sarah is an inspirational woman and I would encourage anyone who wants to ask her any questions or just sit and listen to come along, especially if you are interested in feminist studies or considering going into social/charity work.